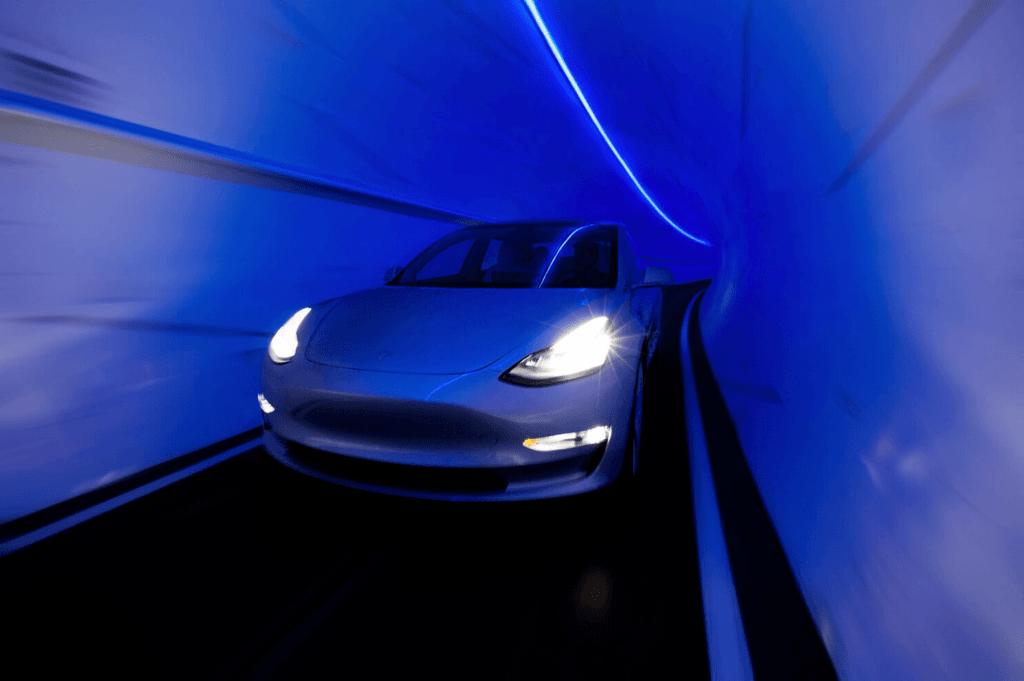 A concept rendering of an EV driving through a Boring Co. tunnel. Photo: Boring Company

On Tuesday, May 25, the Las Vegas Convention and Visitors Authority (LVCVA) conducted capacity testing on The Boring Company’s underground ‘Convention Center Loop’. The test was ran on a V3 loop configuration with 62 vehicles.

Following a review, the results of the test were publicized on Friday and revealed that the observed loop capacity exceeded 4,400 passengers per hour.

According to a tweet from The Boring Company itself, simulations ran by the tunneling company on the same loop and presets predicted a capacity of 4,450 passengers per hour, which is within 1% of the numbers observed by the LVCVA and, therefore, exceptionally accurate.

Founder Elon Musk replied to the tweet, congratulating The Boring Company team on a job well done. The results not only signal great progress, but also lend credibility to The Boring Company’s own loop simulations and estimations of capacity.

The Boring Company has already built two underground tunnels for loop travel in Las Vegas, and has plans to expand into other states. The Boring Company was reportedly in talks with San Bernardino County in California for a new ‘loop’ project earlier in the year.

Electric vehicles (EVs) are inching their way into the mainstream, and new approval from the federal government for upcoming charging stations is expected to expand the charging network significantly. The U.S. Transportation Department (USDOT) announced the approval of EV charging station infrastructure plans for all 50 states, Washington D.C. and Puerto Rico on Tuesday, reports […]
Peter McGuthrie
6 hours ago

Electric vehicles (EV) are becoming popular rental cars through Hertz following partnerships announced last year, and another joint goal will see the advancement of charging stations in the U.S. Hertz announced a partnership with British Petroleum (bp) on a national network of EV charging stations, as detailed in a press release on Tuesday from the […]
Peter McGuthrie
10 hours ago