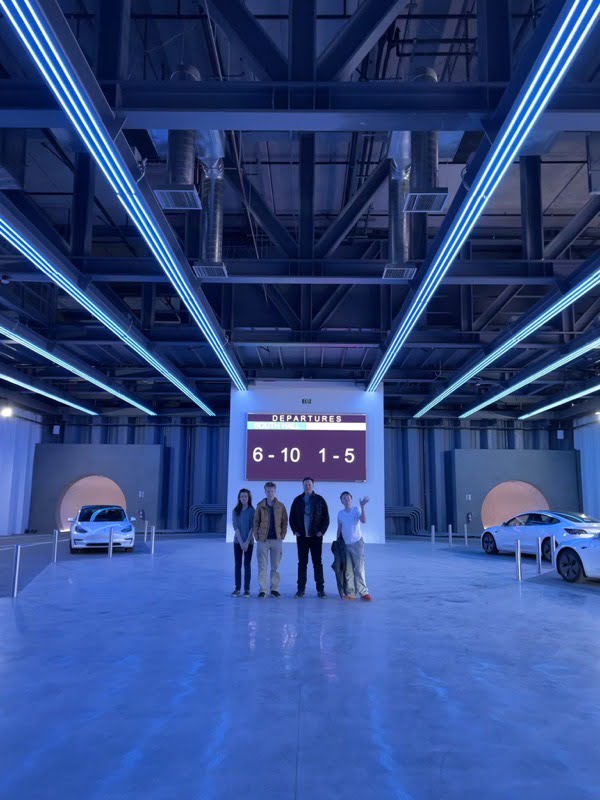 Tesla and SpaceX CEO Elon Musk has shared a picture of one of The Boring Company’s tunnels under Las Vegas, Nevada.

On Sunday, Musk shared a picture with three of his sons and said, “Under Vegas in @boringcompany tunnel yesterday with my boys.”

Under Vegas in @boringcompany tunnel yesterday with my boys pic.twitter.com/tLfOuiEdFm

According to the Elon Musk Jet tracker, @elonjet, the Tesla CEO’s private plan landed in Las Vegas on Saturday night, suggesting the picture shared above was taken either yesterday or today.

According to The Boring Company, “Loop is a high-speed underground public transportation system in which passengers are transported via compatible autonomous electric vehicles (AEVs) at up to 155 miles per hour.”

The company says standard AEVs are Tesla vehicles, including Model S, Model 3 and Model X and eventually Model Y. High-occupancy AEVs “use a modified Tesla Model 3 chassis to transport up to 16 passengers with both sitting and standing room.”

The Boring Company’s ambitious plans for underground loops aim to reduce a standard 30 minute commute to just 3 minutes. Earlier today it was reported The Boring Company was being used by another Nevada company, alleging trademark infringement for having the same name.

Take a look at all of the new Tesla Superchargers that went live across the globe this past week, courtesy of data from Supercharge.info and the TMC Forums: Date Opened Location Number of Stalls Power Rating Official Listing September 26, 2022 2 Rua do Miradoiro, Vigo, Pontevedra, Spain 12 250 kW Tesla September 26, 2022 Strevelinsvej 13, […]
Nehal Malik
9 hours ago

As China celebrates its legal holiday of National Day this week, Tesla’s Gigafactory Shanghai will stay open with some added benefits for employees who work for the holiday. Tesla’s Giga Shanghai is remaining operational during China’s National Day holiday running from October 1 to 7, as reported by a source familiar with the matter reporting […]
Peter McGuthrie
18 hours ago

Tesla is looking to expand Gigafactory Nevada after years of announcing plans to do so, according to sources familiar with the matter reporting to electrek. Past statements by Tesla held that the Giga Nevada location would be able to produce around 105 GWh of battery cells per year and 150 GWh of battery packs per […]
Peter McGuthrie
19 hours ago