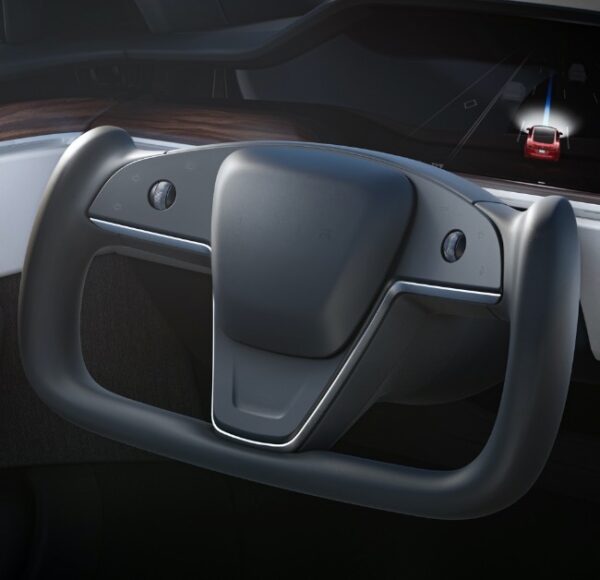 Tesla’s steering yoke has been divisive, to be sure, with the National Highway Traffic Safety Administration (NHTSA) even calling its safety into question upon its initial release.

The review starts off with CR’s Keith Barry complaining that his hands hurt after a long day – this time after using Tesla’s steering yoke, instead of writing, he says.

In the review, Barry writes:

So we devoted this entire article to the yoke. Over the course of a full week, 10 of our test drivers chronicled every time it slipped out of their hands during a turn, every ache and pain from gripping the handles during a highway cruise, every time a tester’s hands didn’t fit on the yoke’s grips, every time we accidentally honked the horn while trying to make a turn, and every time we had to look down to see which turn signal was which—so you can decide whether it’s a deal-breaker for what appears to be an otherwise excellent EV.

Despite many other reviewers of the Model S writing that the yoke took some getting used to but eventually became their preferred steering wheel, Barry and the CR crew apparently could not get used to the new technology.

The write-up did offer up one benefit of the steering yoke before diving back into the negatives – the Model S steering yoke reportedly offers a better panoramic view of the speedometer and dashboard gauge cluster.

Tesla CEO Elon Musk has long touted his preference for the yoke steering wheel, which is available in the company’s Model S and Model X refresh.

Yet another round wheel is boring & blocks the screen. FSD in panoramic mode looks way better with a yoke.

In addition, CR depicted how it can use a prop to beat Tesla’s Autopilot driver monitoring in April, and complained about Tesla’s in-car camera and related privacy concerns in March.

Tesla’s latest version of the Full Self-Driving (FSD) beta can detect certain kinds of Autopilot-defeat devices and the company plans to adapt the version according to new methods discovered over time, reports @Teslascope. If detected using such devices, the FSD beta’s software version 10.69.3.1 will force Autopilot disengagement and it will result in strikes against […]
Peter McGuthrie
23 hours ago