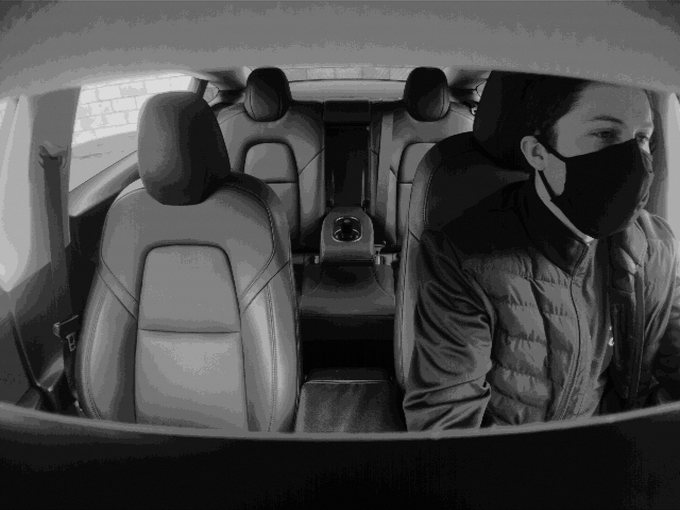 According to Consumer Reports, it believes Tesla in-car cameras raise privacy concerns, just like the Chinese military, it seems.

Consumer Reports references Tesla noting it reviews some footage recorded from in-car cameras, to help improve its self-driving technology, after the fact.

According to Consumer Reports, this action undermines similar systems from other automakers that alert drivers when they are not concentrating on the road, and raises privacy red flags.

“If Tesla has the ability to determine if the driver isn’t paying attention, it needs to warn the driver in the moment, like other automakers already do,” said Jake Fisher, senior director of Consumer Reports’ auto test center.

Model 3 and Model Y electric vehicles from Tesla include a ‘cabin camera’, built-into the rearview mirror and disabled by default. Tesla CEO Elon Musk confirmed last April these cameras are for the company’s eventual Robotaxi network, to record passengers and help protect owner vehicles from vandalism.

Consumer Reports says similar in-cabin cameras from automakers BMW, Ford, GM, and Subaru told the publication its systems do not record, save, transmit data or video.

Kelly Funkhouser, CR’s program manager for vehicle interface testing, said “We have already seen Tesla blaming the driver for not paying attention immediately after news reports of a crash while a driver is using Autopilot,” adding, “Now, Tesla can use video footage to prove that a driver is distracted rather than addressing the reasons why the driver wasn’t paying attention in the first place.”

Some Tesla owners either put black tape over their in-cabin cameras or purchase a camera cover off Amazon.

Consumer Reports and its relationship with Tesla is a mixed bag. Last month, it said Tesla ranked first in its annual car survey on most liked brands. Last fall, Consumer Reports lowered Tesla’s reliability score and blamed the Model Y.

Elon Musk reiterated to China it takes privacy very seriously and would never spy on customer data, noting it would be removed from the country if it did.

Tesla Increases Price of Model Y in China by Just Over $1,200 USD