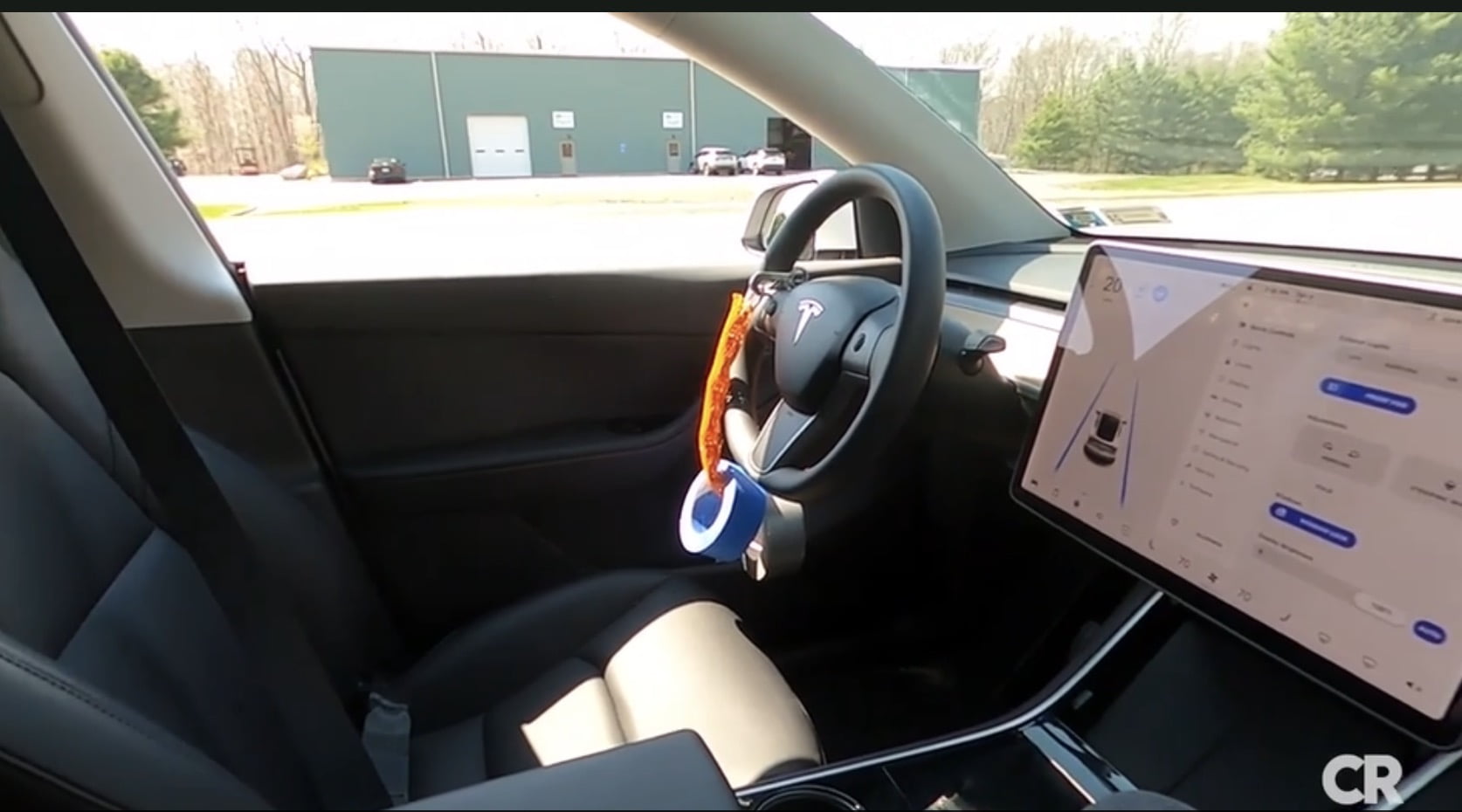 After a fatal Tesla Model S crash with apparently nobody in the driver’s seat on Saturday, one publication decided to put the “literally-driverless” scenario–to the test on a closed test track, showing how the advanced driver assistance system (ADAS) can be bypassed.

Consumer Reports used some hacks to trick their Tesla Model Y into thinking someone was in the driver’s seat, in order to activate Autopilot without a driver on a closed test track – both to see if the Autopilot would notice and to see how it would react.

The publication’s engineer used a counterweight on the Model Y’s steering wheel to simulate someone’s hand on the wheel, then proceeded to slip out of the driver’s seat without taking off the seatbelt–something that would trigger Autopilot to disengage and stop the car. The video shows the Consumer Reports engineer sitting in the passenger seat while Autopilot continues to drive.

The scenario, which is extremely dangerous and is not how Tesla intends its Autopilot or Full-Self Driving (FSD) systems to be used, still managed to work for the crew, in spite of the fact that it isn’t supposed to. But seriously–who in their right mind would do something as tested by Consumer Reports?

Consumer Reports Senior Director of Auto Testing Jake Fisher said, “In our evaluation, the system not only failed to make sure the driver was paying attention, but it also couldn’t tell if there was a driver there at all.” Fisher continued, “Tesla is falling behind other automakers like GM and Ford that, on models with advanced driver assist systems, use technology to make sure the driver is looking at the road.”

Rather than having no driver, Tesla says both its Autopilot and FSD systems should only be used by an engaged driver who is ready to react and grab the wheel when necessary.

After the fatal Model S crash was claimed to have been on Autopilot, Tesla CEO Elon Musk clarified data showed the opposite was true, despite recent headlines from mainstream media jumping to conclusions.

The report also comes in the midst of a National Highway Traffic Safety Administration (NHTSA) probe into the Model S crash on Saturday.

Canadian Billionaire Creates One-Seat EV, Says It Will Be the Future