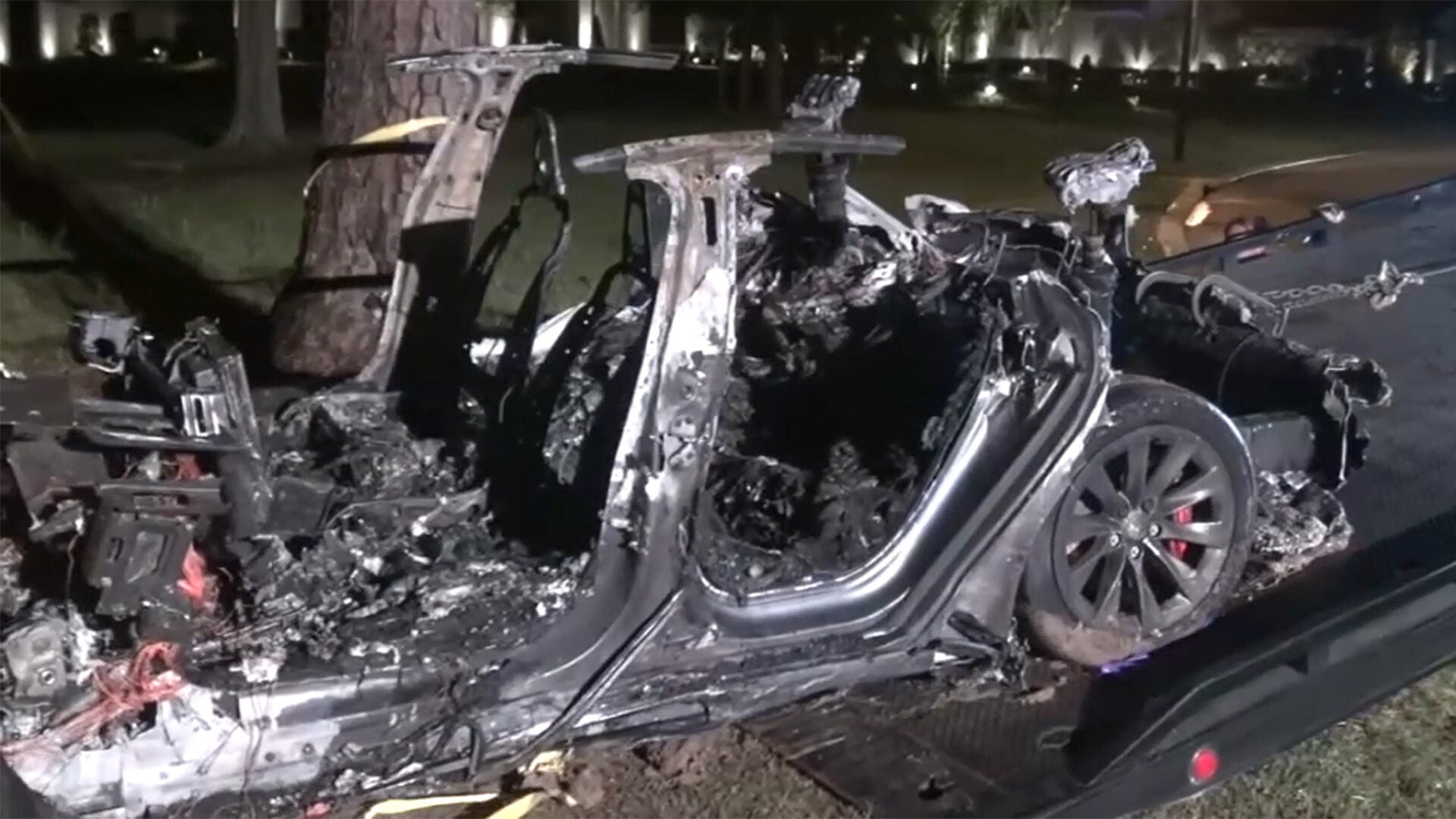 Two people died Saturday night following the crash of a 2019 Tesla Model S, in which authorities report no one was in the driver’s seat during a preliminary investigation, according to CP24 and MSN.

A Harris County constable later told KHOU-TV that one person was in the passenger seat and the other was in the rear seat.

Deputies reported that the Model S was speeding and failed to execute a turn, running off the road and hitting a tree, before bursting into flames. While the identity of the victims has not yet been released, one was 69 and the other was 59 years old.

Harris County Precinct 4 Constable Mark Herman stated that authorities are “confident” no one was driving the Model S while the accident happened.

Herman told KHOU-TV, “They feel very confident just with the positioning of the bodies after the impact that there was no one driving that vehicle.”

As authorities try to determine if Tesla’s Autopilot advanced driver assistance system (ADAS) was a factor, it’s important to note that both Autopilot and the company’s Full Self-Driving (FSD) systems are intended for use with a driver engaged and ready to grab the wheel, as has been echoed by Tesla CEO Elon Musk a number of times in the past.

As with any automobile crash that’s fatal involving a Tesla, some mainstream media outlets pounce on the chance to spread fear, uncertainty and doubt about the electric vehicle’s Autopilot and safety. Tesla vehicles share driving data with the company so it’s too early to conclude whether someone was not driving the Tesla or not.

The video below from FSD beta tester ‘Brandonee916’ shows what happens when you unbuckle your seatbelt with Autopilot engaged–the vehicle’s hazard lights blink, the car slows down to a halt and even pulls over:

According to Reuters, two federal agencies, the National Highway Traffic Safety Administration (NHTSA) and the National Transportation Safety Board (NTSB) said they would investigate the crash involving the Tesla.

The NHTSA said in a statement it “has immediately launched a Special Crash Investigation team to investigate the crash. We are actively engaged with local law enforcement and Tesla to learn more about the details of the crash and will take appropriate steps when we have more information.”

On the same day over the weekend, Musk and Tesla reported a nearly 10x lower chance of crashing with Autopilot engaged. Other traffic incidents including Tesla’s Autopilot or FSD have also echoed driver distraction or misuse of the technology.