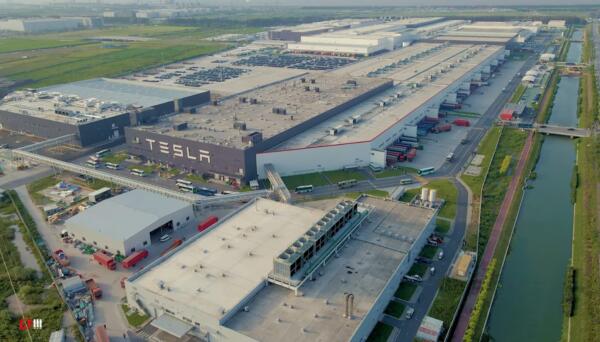 A rumor surfaced last month saying that Tesla’s Giga Shanghai closed down its Model Y factory for maintenance, and now a report claims it did indeed halt production for a few days, according to unnamed sources.

Tesla halted production on one part of a production line at Gigafactory Shanghai for four days in August, due to a lack of key semiconductor chips, according to Bloomberg.

One of the multiple shortages was regarding the availability of electronic control units, used to control multiple electrical systems in a car. This caused a slowed output to the company’s Model Y electric SUV in particular, though the factory’s output has now gone back to normal.

Tesla Hiring for Multiple Positions at Giga Shanghai, Here’s the Base Salary https://t.co/mAeabt5zLW

The slowdown came just a few weeks before Tesla’s Gigafactory Shanghai hit an output of 1,000 Model Y units per day. Tesla also released a video depicting a Model Y being built start-to-finish at Giga Shanghai in August, depicting the impressive course the electric SUV takes to be put together.

In July, Tesla head Elon Musk said the chip shortage “remained quite serious,” as shown by the California company’s Giga Shanghai Model Y shut down as recently as August. In May, however, a report detailed how Tesla planned to pre-pay for chips to ensure a supply, and even considered acquiring a chip manufacturing plant so it could make them on its own.