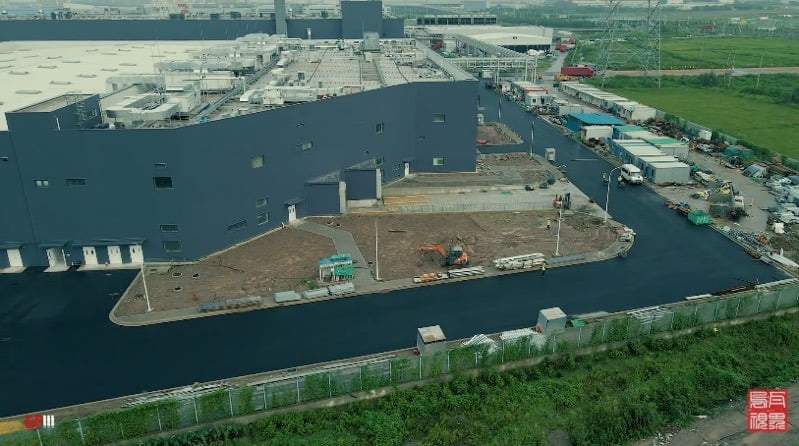 According to a new drone flyover of Tesla’s Gigafactory in Shanghai, it appears the second phase of the factory responsible for Model Y production has reportedly been shut down from August 13-16 for maintenance.

This is according to unverified information from YouTube channel Wu Wa (@bentv_sh) and his footage of the site recorded on August 13, 2021.

“I came to the factory for aerial photography early in the morning. It was different from usual. There was no bus shuttle in the busy scene of the factory. It looked very quiet. I didn’t know what happened in the factory for a while,” explained Wu Wa.

“Later I learned that the second phase of the factory was suspended for 4 days, [August 13-16 to] carry out equipment maintenance. When the plane flew over the Model Y road test site, there was no car in the field that was undergoing a road test. In the parking area, trucks are successively transporting new vehicles, and it seems that all shore plans are underway,” claims Wu Wa.

The first phase of Giga Shanghai is still active and producing Model 3 vehicles. Combined with the second phase, Tesla said during its Q2 earnings call Giga Shanghai now has a production capacity of over 450,000 vehicles per year.

You can see the 8-minute video below showing less activity on the ground than normal:

The automotive industry is just one sector affected by the global semiconductor shortage. The chip supply shortage has affected Tesla and its ability to produce and deliver vehicles.

New orders of the company’s entry Model 3 and Model Y in the U.S. and Canada are now sold out for 2021, with estimated delivery dates now showing January 2022.