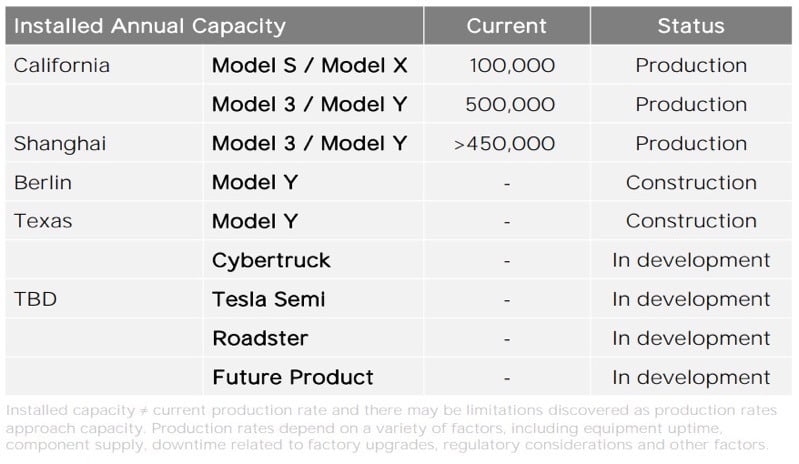 The breakdown stands the same as Q1, but for Giga Shanghai, the number is now “greater” than 450,00:

With Gigafactories in Berlin, Germany and Austin, Texas, currently under construction and set to start Model Y production by the end of 2021, Tesla will soon be able to ramp up the development of its compact crossover SUV, which is currently seeing high demand, now delivering into November.

Tesla also updated its market share of vehicles by region, showing China has surpassed Europe in Q2 2021, likely assisted by Gigafactory Shanghai and its ability to produce and deliver cars faster locally:

“Global demand continues to be robust, and we are producing at the limits of available parts supply. While we saw ongoing semiconductor supply challenges in Q2, we were able to further grow our production,” explained Tesla in a letter to investors.

As for Tesla’s factory in Fremont, California, the company says the production ramp of the new Model S “progressed over the course of Q2,” and is expected to increase throughout 2021. The Gigafactory in Austin now has “commissioning having begun in some areas of the factory.”

As for Giga Shanghai, Tesla says production has remained “strong” at this location. “Due to strong U.S. demand and global average cost optimization, we have completed the transition of Gigafactory Shanghai as the primary vehicle export hub,” says Tesla.

European demand “remains well above supply,” says Tesla, noting wait times for delivery are growing. “We continue installing equipment, have begun testing tools and are working as quickly as possible toward starting production in Berlin, while growing import volumes in the interim,” explained Tesla.

Elon Musk stated earlier today Tesla growth and output remain constrained by the global chip shortage, which is out of the company’s control.

As Tesla continues with plans to open its Superchargers to non-Tesla vehicles, the automaker plans to shift its charging rates and times at certain locations. Tesla is updating its charging rates at select Supercharger locations starting on Wednesday, September 28, according to tweet spotted by @Whole Mars Blog. In the screenshot, Tesla says that users […]
Peter McGuthrie
20 hours ago