Tesla Service Subscriptions Launch in the U.S., Offering Tools for Maintenance and Repair 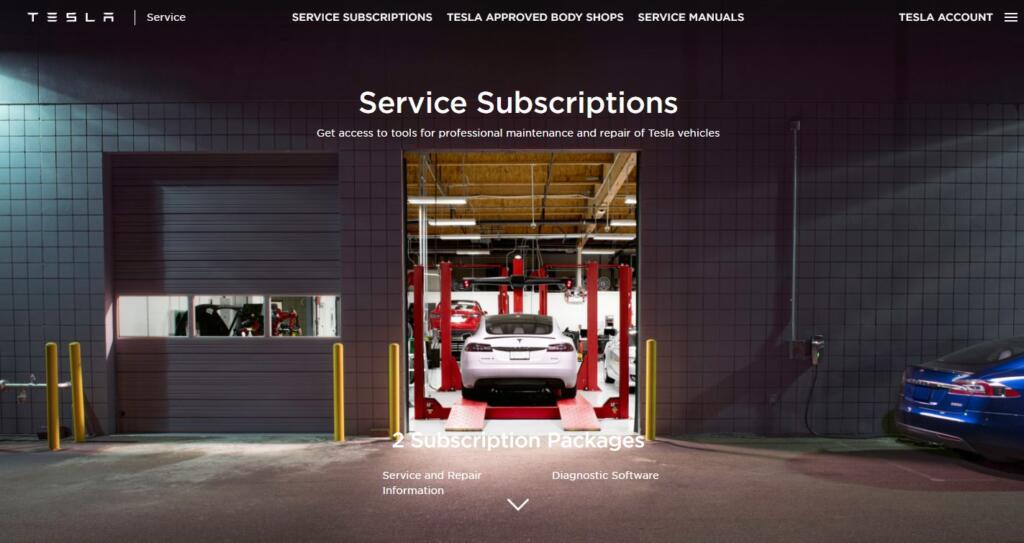 Tesla has launched ‘service subscriptions’ in the U.S., designed to provide anyone willing to pay a subscription fee with service and repair resources, including diagnostic software, for all of its electric vehicles (EVs). Previously, these service tools were only available in Europe.

I really hope this is not another falsestart.

Diagnostic software is now available as a paid service in US for anybody willing to pay the price.https://t.co/gfr8SxEV2u

I know many were asking for this, but previously it was only in Europe.

Service subscriptions will be a godsend for third-party service centres and repair shops, and may even come in prove useful to Tesla owners looking to do some tinkering on their own. There are two service subscriptions available, each with different pricing options:

Subscribers will get access to service manuals, part catalogs, and body repair resources for all Tesla vehicles, along with wiring diagrams and tooling indexes. Also included in the subscription package are service bulletins and labor codes/times.

This subscription will give you access to Tesla’s full suite of Toolbox 3 Diagnostic Software, as well as the EV maker’s HV battery shipping evaluation tool for Models S, 3, X, and Y.

While a previously passed Right-to-Repair law compelled Tesla to share some diagnostic tools with both customers and third-party repair shops, the shared resources were not as extensive as what the new service subscriptions have to offer.

If you’re looking for access to repair resources for your Tesla but can’t afford a subscription, Tesla offers free access to these resources in China, and a bit of fiddling will let you access them from anywhere in the world.