Tesla is working with many partners on samples of its 4680 electric vehicle (EV) batteries, and according to a new report, one of the company’s oldest partners is set to establish a new production line this month at Gigafactory Nevada to produce battery cells.

Panasonic is readying plans to install a new EV battery production line at Tesla’s Gigafactory, according to the company’s 2022 Q1 Fiscal Financial Results report, as reported by Teslarati. The company is planning for the line to start operating as soon as August 2021. 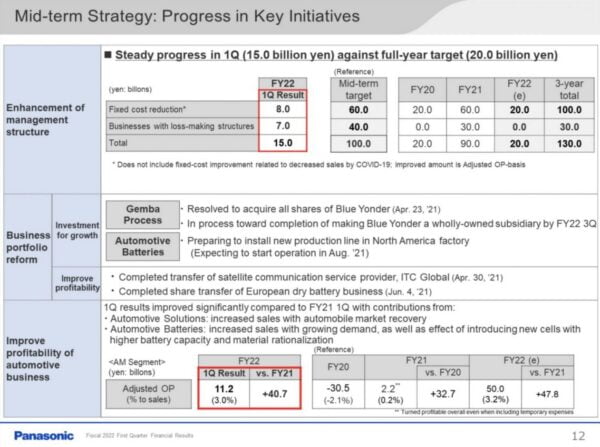 Still, the company has been expected to work with Tesla on a Panasonic 4680 battery cell for quite some time now, and the new line will likely help get Tesla’s production off the ground, too.

Earlier this year, Tesla CEO Elon Musk said that the Tesla Semi’s production was being slowed by battery cell constraints, and the sentiment has been echoed ever since. While the Semi has been delayed to 2022, the company is still on track for Model Y production in Europe and Texas.

Tesla has already filed to manufacture new battery cells of its own at its Gigafactory Texas, though it will likely take a few more years to get a facility built that can produce the cells at high volumes.

‘Elon Musk: Tesla, SpaceX, and the Quest for a Fantastic Future’ Kindle Edition on Sale for $2.99