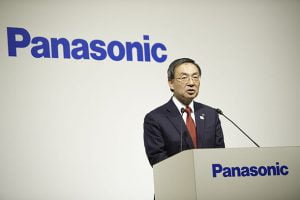 Electric vehicle (EV) batteries make up a major piece of the sustainable transportation puzzle, and Panasonic has been working on this technology since the beginning.

On Saturday, it was announced that Panasonic plans to begin production in early 2021 on prototypes for a new, cheaper battery for Tesla, at the request of the latter, according to Nikkei Asia.

The company developed Tesla’s cylindrical, tabless cell in-house, known as the 4680 cell, using more affordable materials and costing only half as much per kilowatt-hour as the previous model.

Panasonic will set up a prototype production line at Tesla’s current factories like it has done in the past, expected to cost somewhere in the tens of millions of dollars.

Well lots of good news soon to come out on Tsla: Q4 2020 deliveries should be announced in 10 days, and Panasonic announced todsy it is already starting on making larger lower cost tesla batteries

In the future, Tesla has elected to make the new cell themselves, though the company may have a hard time handling all of its production needs on its own. In the meantime, Tesla will continue working with Panasonic, who will likely push to seek a continued partnership in the future to remove some of the manufacturing from Tesla’s plate.

Panasonic hopes to increase capacity by 10% in 2021 at Tesla’s Gigafactory Nevada, while it also considers the possibility of building another factory in Europe. As the future of sustainable transportation inches ever closer to the public, EV batteries will remain a hot topic and major supply chain need, placing Panasonic in a great spot moving forward.