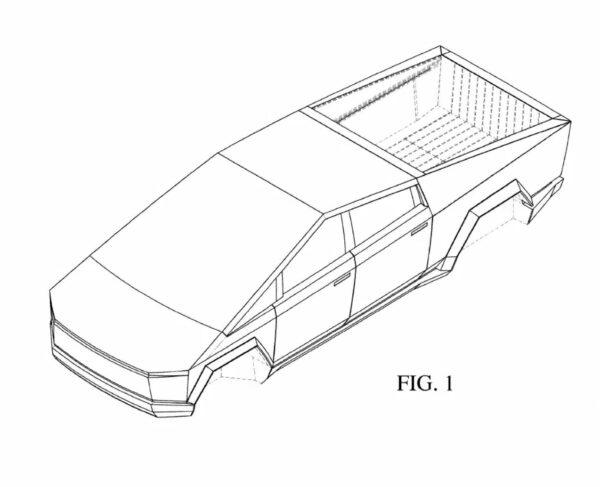 Just as Tesla’s highly-anticipated Cybertruck gets closer to being brought to fruition, Tesla’s Cybertruck patent filing for the electric truck’s design has officially surfaced.

The full-length Tesla Cybertruck design patent surfaced on Scribd on Tuesday, complete with multiple angles of minimal design drawings (via Reddit). In the document dated July 27, it lists a patent term of 15 years, with an original filing date of November 21, 2019. 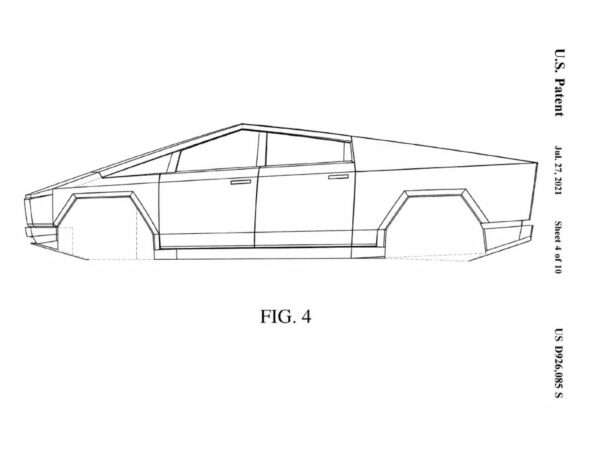 The Cybertruck design patent filing shows a number of drawings of the electric truck’s body, including some from the very front, back, top, and bottom. In addition, the filing features several angles with the Cybertruck’s Solar Tonneau Cover attached, which was unveiled in a May patent filing. 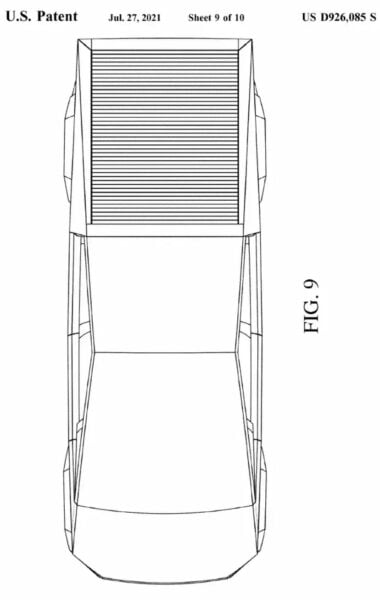 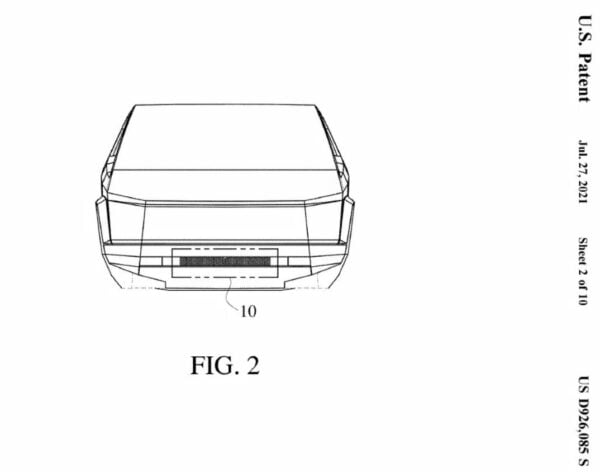 Tesla CEO Elon Musk also confirmed that the Tesla Cybertruck will have rear-wheel steering, adding a significant amount of levels to the truck’s ability to maneuver in tricky situations.

In addition to the truck’s design patent filing, a patent filing leaked in May detailing the Tesla Cybertruck’s user interface, which is looking nearly as stylish as the truck itself.