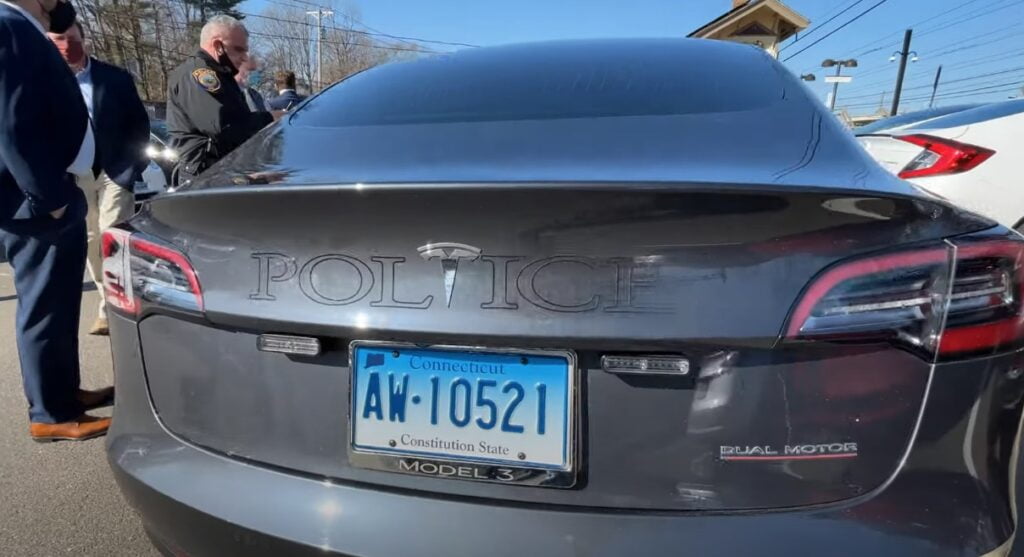 In December of 2019, the Westport Police Department in Connecticut purchased a Tesla Model 3 instead of its daily driver, the Ford Explorer. The electric vehicle (EV) was retrofitted into a police cruiser, and was put into service in February 2020 as a pilot program for the town, becoming the first Model 3 squad car in the U.S..

The EV Club of CT has performed a complete financial analysis of the Westport Police Department’s decision to buy a Tesla Model 3, breaking down why the Model 3 was a financially and environmentally sound decision that will keep on giving (via The Westport Local Press).

According to the analysis, the Model 3 has already recouped the $15,290 USD differential between its sticker price compared to the Ford Explorer’s in the first year alone, thanks to reduced customization and operating costs, as well as savings on fuel.

The analysis also outlines out the following financial benefits:

In addition, the Model 3 is also expected to have a service life of six years for the Westport Police Department. The Ford Explorer, on the other hand, has a documented service life of four years.

“What initially attracted us to the Tesla was how it compared to our traditional fleet vehicles in terms of performance, 5-star crash ratings, and collision avoidance technology. While the Police Department has been using plug-in hybrids for parking enforcement for several years now, this was the first fully electric car to be used in active duty,” said Police Chief Foti Koskinas.

The Model 3 is, after all, designed to be the safest car in the U.S.. Following in the Westport Police Department’s footsteps, many towns and cities across the country have started integrating Tesla EVs into their police fleets. To that end, an Indiana police department with a Tesla Model 3 recently reported saving $7,000 USD in the first year alone, attributable to lower maintenance and operating costs.

The complete financial analysis from EV Club of CT can be found here.