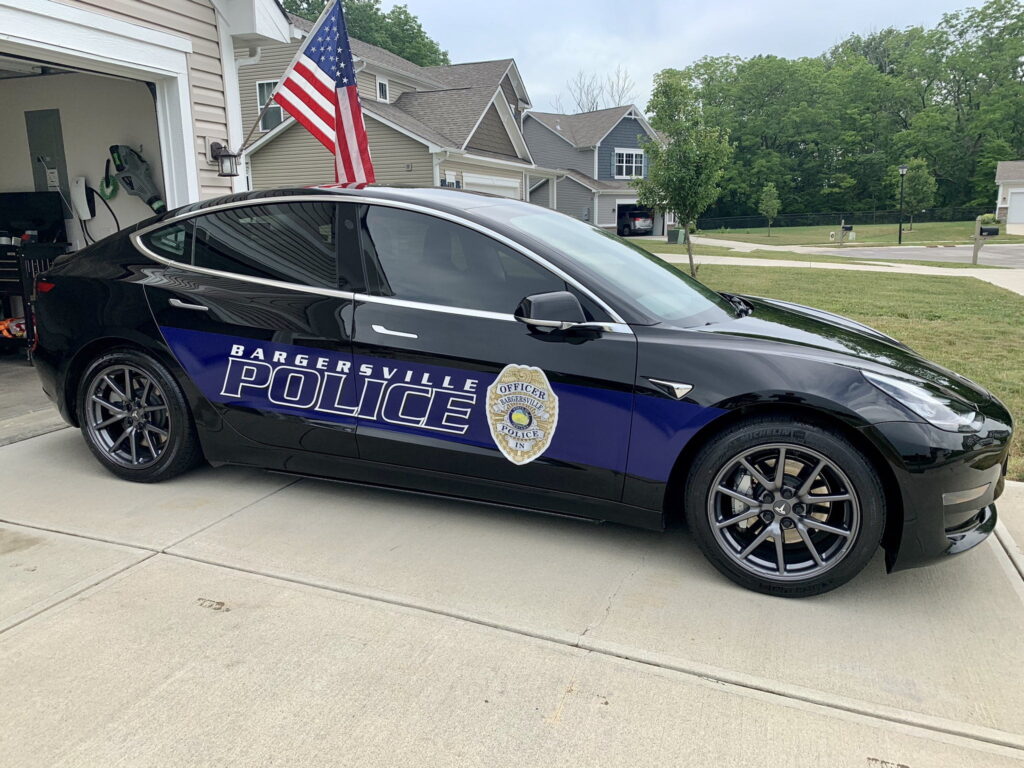 Back in August 2019, the town of Bargersville in Indiana became one of the first in the U.S. to add a Tesla electric vehicle (EV) to its fleet of police cruisers.

Using data shared by the Bargersville Police Department after one year of having a Tesla Model 3 as a squad car, local non-profit Greater Indiana recently published a report detailing the financials.

In total, the town of Bargersville saved a whopping $6,755 USD between August 2019 and August 2020 in annual fuel and maintenance costs with the Tesla Model 3 as opposed to its gas-guzzling Dodge Chargers, which cost $7,580 USD per year to operate in that same timeframe.

The Model 3 had Bargersville Police Chief Todd Bertram singing praises of its extremely low maintenance costs before the year was even up, and the town rushed to add another three Model 3s to the PD’s fleet.

In addition, police departments all over the U.S. such as those in Westport, Connecticut and New York have followed suit, incorporating Tesla EVs into their own police fleets.

The Bargersville PD typically has each of its vehicles for six years, but given the low maintenance of electric vehicles and fuel savings, the Model 3 should pay for itself in the long run.

Electric cars require less maintenance, so police departments enjoy little to no downtime with electric cruisers. To top it all off, the pursuit-ready electric vehicles have zero negative impact on the environment — much more than you can say about gas-powered engines.