Following previously-reported Tesla Singapore timelines showing that the Model 3 would enter the city-state in mid-2021, and with sales having started in February, the U.S. electric vehicle (EV) company is now preparing its first service center in Singapore.

Tesla will open a new service center in Toa Payoh, Singapore in July, located at a former Nissan Tan Chong Motor dealership, according to Tesmanian (use coupon TESLANORTH10 for 10% off site wide).

While Tesla launched an order configurator for the country in February, with pricing for the sedan starting at $112,845 SGD, the company had its first Model 3 test drive event in Singapore just last month.

In addition to the plans for a service center, Tesla has hired Christopher Bousigues as the Singapore Country Manager, as well as posting a number of new job listings on its website. The job listings include titles like Supply Chain Manager, Logistics Analyst, and Supplier Industrialisation Engineer, as well as delivery and service center-specific roles like Parts Advisor and Delivery Assistant.

Despite the company’s infancy in the country, Singapore has embraced Tesla and EVs, in general, more recently, after confusion in 2016 over import taxes, and CEO Elon Musk tweeting later in early 2019 that EVs were “unwelcome” in Singapore and that the country was “unsupportive” of EVs.

The price of charging an electric vehicle (EV) can fluctuate significantly, and a recent update to some Tesla Supercharging shows the company offering more affordable peak pricing than in the past. Tesla has cut Supercharging prices throughout much of Los Angeles and other parts of Southern California, as spotted by @BLKMDL3 and shared in a […]
Peter McGuthrie
8 hours ago 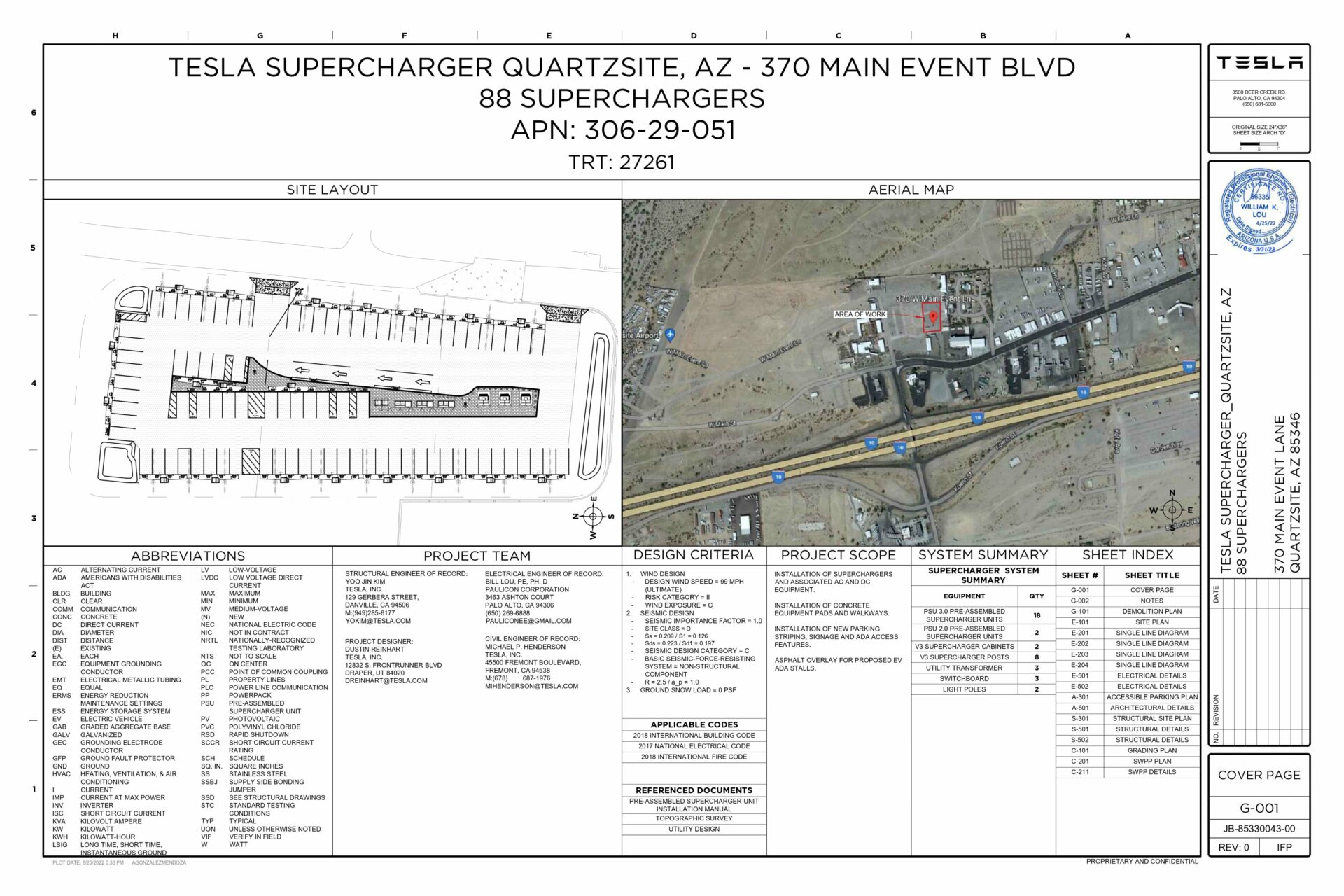 Supercharger expansion plans remain one of Tesla’s top priorities, and the company’s charging network is set to gain a new location in Arizona, featuring one of the largest builds to date. Tesla filed a permit application to build an 88-stall Supercharger station in Quartzsite, Arizona, as reported by @MarcoRPTesla on Tuesday. The Supercharger will be […]
Peter McGuthrie
10 hours ago

Leaders worldwide are asking Tesla and CEO Elon Musk to build a Gigafactory in their home countries, and South Korea says that Musk already has the country in mind for its next car plant in Asia. Musk said during a video call that South Korea is among the top candidates for its next Gigafactory in […]
Peter McGuthrie
10 hours ago