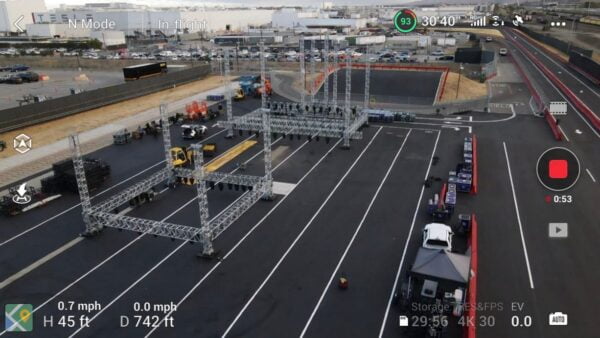 Earlier this week, Tesla was still emailing invites for its upcoming Plaid Delivery Event, though the event is reportedly now at full capacity, according to a message from Tesla.

On Wednesday, Tesla sent a message to @28delayslater, also known as the ‘Earl of Frunkpuppy’, saying that the Tesla Plaid Delivery Event had “reached capacity,” after he had attempted to reserve a spot for the event.

The Model S Plaid Delivery Event is on Thursday, and Tesla is already setting up for the fully-booked event already, as shared in a Tesla Fremont Flyover video.

Had a very limited amount of time to try and get off of work and get a flight. 😢 pic.twitter.com/hhY7kc0A7u

Instead, the message goes on to say that Tesla “looks forward to celebrating with you virtually,” as the event will also be live-streamed for remote onlookers, starting at 7pm PDT/10pm EDT.

The highly-anticipated Model S Plaid is an electric performance sedan boasting a 1.99-second 0-60 mph acceleration, and the zero-emission vehicle sells at a starting price of $119,900 (USD).

Elon Musk stated on Sunday that the upgrade variant Model S Plaid+ was cancelled, after it was initially estimated to be delivered in mid-2022. Upon the announcement, Musk also said that there was “no need” for the Plaid+, since the “Plaid is just so good.”

While the Plaid+ has now officially been removed from Tesla’s website, the Model S Plaid is already one of the most highly-anticipated of Tesla’s vehicles, and it’s finally set to come to fruition at the delivery event on Thursday.

The U.S. Securities and Exchange Commission (SEC) has launched a probe into Elon Musk for his role in directing the branding around Tesla’s self-driving car ambitions — reports Bloomberg. According to the publication, the efforts are part of the regulator’s ongoing investigation into Tesla’s claims surrounding its Autopilot and Full Self-Driving (FSD) features. SEC officials […]
Nehal Malik
9 hours ago