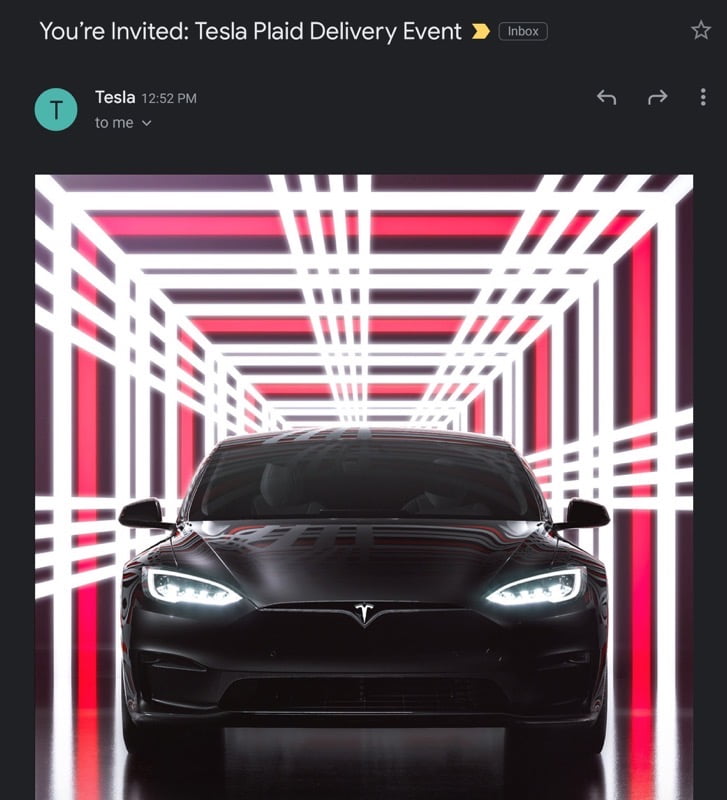 Tesla has started emailing out invites to its Model S Plaid delivery event, set for June 10, 2021. The invite confirms the start time will be 7pm PDT/10pm EDT. Elon Musk previously confirmed it will be live streamed online for all.

According to an email received by @DirtyTesla, the subject line reads, “You’re invited: Tesla Plaid Delivery Event.” A picture shows the Model S Plaid to a background of lights, depicting the ‘plaid’ animation seen in the company’s software on its Roadster 2.0.

The email invite was sent to @DirtyTesla, despite the latter not even placing an order for a Model S Plaid. The user said they ordered a Model X Long Range.

Currently, @DirtyTesla is the President and Founder Tesla Owners Club of Michigan and also a Full Self-Driving beta tester.

More email invites will likely roll out to Tesla’s most loyal fanbase, so stay tuned for more.

The Model S Plaid has an incredibly fast 1/4 mile time of 9.23 seconds and Tesla says it is the “quickest accelerating car in production today.”