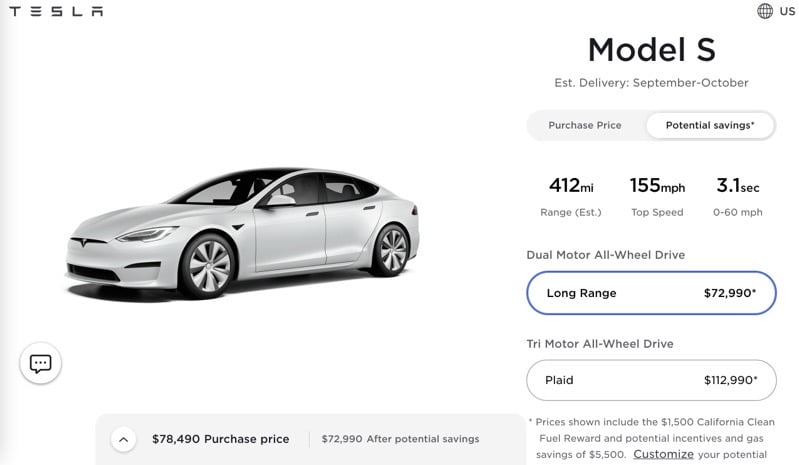 Tesla CEO Elon Musk announced on Sunday the Model S Plaid+ was canceled, citing there was ‘no need’ for the high-end sedan with 520-mile range.

Some non-believers on the web believed Musk might have been joking, but according to the Tesla website, the Plaid+ has been officially removed, confirming what the Tesla leader had to say on the matter (via @SawyerMerritt). The Model S page no longer mentions the Plaid+ in both the United States and Canada.

“Plaid+ is canceled. No need, as Plaid is just so good,” said Musk on Sunday afternoon. “0 to 60mph in under 2 secs. Quickest production car ever made of any kind. Has to be felt to be believed,” added Musk, referring to the Model S Plaid, which is set to have a special event this week on June 10.

It’s unclear why Tesla cancelled the Plaid+ version of the Model S, but the latter could have possibly impacted Roadster sales given its price, extended range and equally impressive 0 to 60mph time of under 2 seconds.

Tesla today also announced they will be live-streaming the Model S Plaid event, which is set to start at 7pm PDT/10pm EDT on June 10.