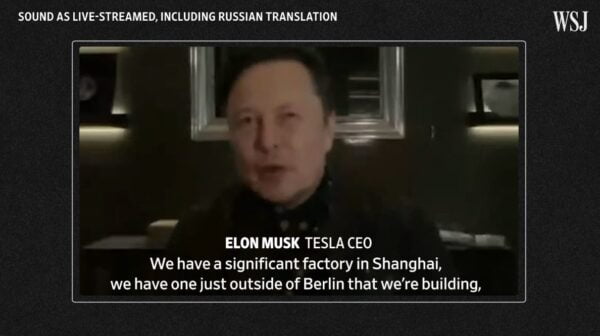 In an interview with the Wall Street Journal, Tesla CEO Elon Musk said it may be looking at opening a factory in Russia down the line, also encouraging the idea that there should be “more dialogue” between the two countries.

In the interview, Musk told the Wall Street Journal, “Over time, we will look to have factories in other parts of the world, but potentially Russia at some point.” Later in the interview, Musk said, “I think we’re close to establishing a Tesla presence in Russia, and I think that would be great. There’s a lot of talent and energy in Russia, and I think there should be more dialogue and communication between Russia and the United States.”

In February, Musk also invited Russian President Vladimir Putin to chat on Clubhouse, an invite which the Kremlin was reportedly intrigued by. Later, Russia reported that Musk never responded to the invite’s follow-up, signaling that the event could still have a chance, despite not having happened yet.

Since expanding beyond the U.S., Tesla has built a factory in Shanghai and has one in progress outside of Berlin, Germany. In addition, the company is eyeing India for production, and recent rumors suggest he may also be considering a U.K. production facility.