Elon Musk Boosts ‘SNL’ to 3rd-Highest Ratings of the Season 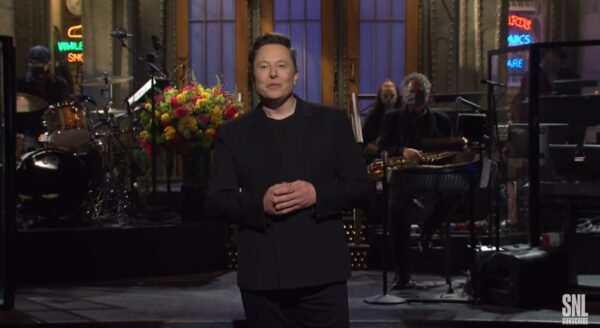 Tesla CEO Elon Musk hosted Saturday Night Live over the weekend, and the May 8 episode brought NBC its third-highest ratings of the season, as reported by Variety.

The broadcast, which featured Miley Cyrus as a musical guest, averaged a 4.8 household rating on Nielsen’s overnight metered markets, with a 2.7 rating in adults 18-49, effectively tying with the October 24 episode hosted by Adele with H.E.R. as the musical guest, falling just behind the November 7 episode with Dave Chappelle and the October 3 season premiere with Chris Rock.

Wario was my fav haha 👀 https://t.co/TNjn3meLVJ

In the episode’s opening monologue, Musk, a rare type of host for SNL given his stature as a billionaire celebrity and owner of Tesla and SpaceX, revealed that he has Asperger syndrome – following in the footsteps of earlier SNL host Dan Aykroyd, who also has Asperger’s and marked the show’s first host with the syndrome in 2003.

In recent months, Musk has come under fire for his $55 billion compensation plan through Tesla and regulator concerns around the world, though Musk and Tesla have answered back by bolstering relations with regulators and building a new platform for Tesla owners to access their data.

NBC has also shared that SNL is having its most-watched season in the past four years based on the sum of total viewership, garnering an average of 12.6 million viewers over a total of 17 episodes.