Tesla Hits 700 Superchargers in China, Adding 100 in Less Than a Month 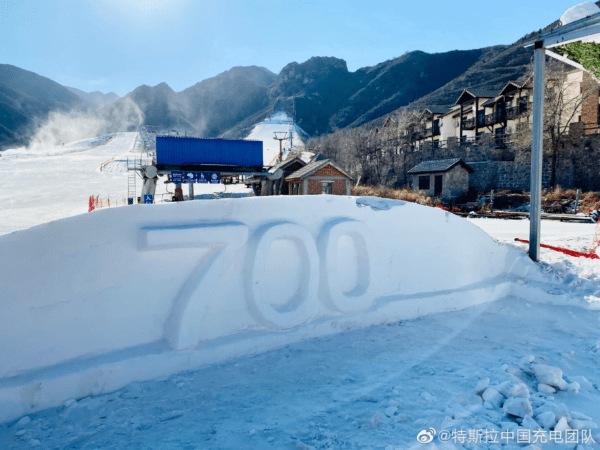 Tesla has officially built its 700th Supercharger in China, which is now online. Photo: @ray4tesla

Tesla has done a lot of work the past several years to improve its charging infrastructure across the world. While it still has a long way to go before the charging network allows electric vehicles (EVs) to be the norm, the company has also reached a major milestone in China, which shows the sheer amount of effort they’ve already put into Supercharger expansion.

Tesla has officially put its 700th Supercharger in China online at the Beijing Badaling Ski Resort, as shared on Twitter by @ray4tesla. This comes less than a month after the company announced its 600th Chinese Supercharger.

It is quite the feat, to be sure, but it pales in comparison to the plans that Tesla has for the future. The company is currently preparing a Supercharger factory, which it believes could churn out as many as 10,000 Superchargers per year – a completely unfathomable number from the same company which hasn’t built a Supercharger in Ireland for well over 1,000 days.

Still, China is the world’s biggest auto market, and in spite of Tesla’s neglect of Ireland’s charging infrastructure (alongside a slew of other countries), it makes sense that the company would be so focused on bolstering its charging network in China first.

With the Model Y selling like hotcakes in China, more Superchargers will definitely be needed in the country.

Tesla’s brand retains customers better than other automakers, and it tends to steal customers from other brands, according to new data shared by S&P Global Mobility last week (via @Umbisam). The data measures a 12-month period leading up to July 2022, looking at how drivers purchased — whether switching to a new brand, or remaining loyal […]
Peter McGuthrie
1 hour ago

Tesla is offering a new discount that could slash prices even further for previous brand owners, with a new trade-in deal available for new Model S and X vehicles. U.S. buyers of the Model S and X who trade in an old Tesla vehicle are now eligible to receive $3,000 off the price tag or […]
Peter McGuthrie
2 hours ago