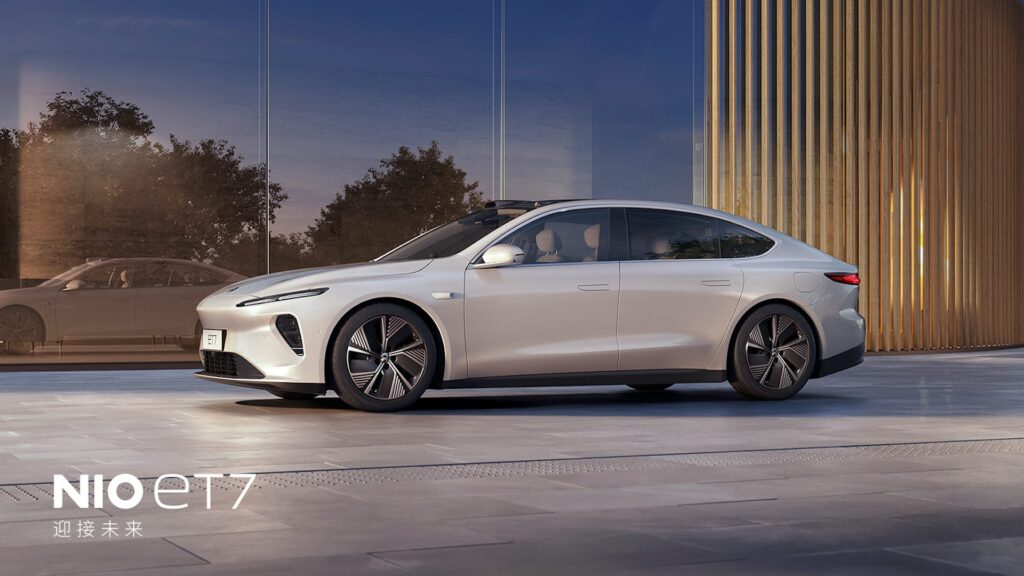 The vehicle is equipped with a dual-motor system configured for all-wheel-drive, capable of a maximum power output of 480 kW and a peak torque of 850 Nm.

According to NIO CEO William Li, an ET7 variant equipped with the company’s new 150 kWh battery pack (expected to release in late 2022) will give the EV a New European Driving Cycle (NEDC) range of 1,000 km (621 miles).

In the first hour since launch, pre-orders for the EV have surpassed the company’s expectations and overwhelmed its official platforms, resulting in a three-month long wait list for the vehicle.

NIO’s product launch comes right at the heels of Tesla’s recent Chinese launch of the Model Y, which is currently being mass-produced at the veteran EV maker’s Gigafactory in Shanghai. With Model Y orders in China exceeding 100,000, however, Tesla already has a solid foothold in the Chinese EV market.

As expansive as it has become, NIO will also have to face off against a number of other players in the Chinese EV industry for market share.

Alongside its first electric sedan, the Chinese automaker also announced several new technologies (including its very own autopilot software for cars):