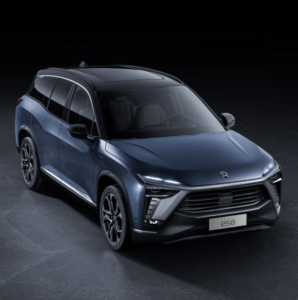 This year has proved fruitful for most electric vehicle (EV) companies and startups, especially within the Chinese market.

Among them, Chinese motor companies NIO, XPeng Inc, Li Auto, and WM Motor have raised over $8 billion (USD) this year – and they have Tesla to be thankful for, according to Reuters.

Tesla’s boom, especially in Asian countries and with its new Shanghai Gigafactory, is likely to make room for other EV companies to thrive. In the first eight months of 2020, Tesla sold three times the amount in China it did in 2019.

China auto expert, Mike Dunne, told reporters “As Tesla stock goes, so goes the fate for electric vehicle startups.” He continued, “Funds are flowing like a river in spring again. Tesla could end up pulling everyone into the future sooner than expected.”

Another industry which Chinese brands will become global (at some point like mobile phones) is EV’s. The amount of $$ invested and new brands coming market is a lot. Will take some time but it will happen.

Another example of EV startups trying to bolster their position in the market is Aiways, who reportedly plans to go public later this year.

According to Aiways co-founder and President, Fu Qiang, Aiways has raised “no more than 10 billion yuan.” He continued, “IPO is also in our plans, and we’re planning to push ahead with it.”

Fu also compared the growth of electric vehicles akin to the evolution of Apple’s iPhone.

“Today’s smart, connected cars aren’t that smart. We’re just out of the gate and are in a stage that could be described as iPhone 1 or the original iPhone,” said Fu. “As that gets developed step-by-step, in the near future we will get to iPhone 8, iPhone 9 and iPhone 10.”

Fu, the former head of Volvo Cars China, has also been an executive at Mercedes-Benz, Skoda, and FAW-Volkswagen.

While it will take a few years for the market to fully take shape, it’s already well on its way, even as Tesla continues to grow and expand the market globally for all EV makers.

The U.S. Securities and Exchange Commission (SEC) has launched a probe into Elon Musk for his role in directing the branding around Tesla’s self-driving car ambitions — reports Bloomberg. According to the publication, the efforts are part of the regulator’s ongoing investigation into Tesla’s claims surrounding its Autopilot and Full Self-Driving (FSD) features. SEC officials […]
Nehal Malik
5 hours ago