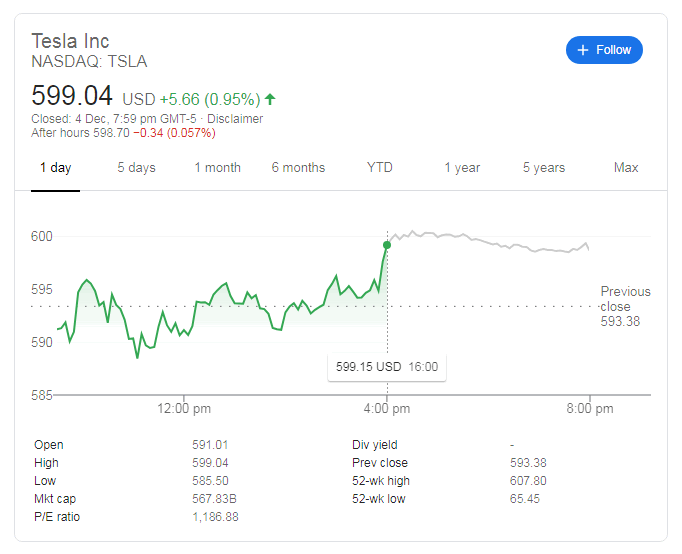 After losing an additional $4 billion USD by the end of November, Tesla short sellers have now lost a total of $35 billion USD so far this year, according to a report by CNN Business.

According to analysis by S3 Partners, short investors in Tesla— those who placed bets in the market that its shares would lose value — have lost $35 billion on those positions so far this year.https://t.co/5EDt56fpJf

For that to happen, however, the price of the stock needs to go down. Tesla stock is constantly and consistently skyrocketing, boasting a 600% increase year to date, peaking at $607 USD and putting the hurt on short sellers.

To put Tesla short sellers’ loss in perspective, all of the companies operating within the U.S. airline industry posted combined net losses amounting to $24.2 billion USD at the end of Q3 2020, their worst year in recent history, and Tesla has only suffered $6.7 billion USD in losses between 2008 and 2019.

“There’s nothing that compares to it that I can remember,” said Ihor Dusaniwsky, managing director at S3 Partners.

With over 6% of the company’s total shares held by short sellers, it’s no secret that Tesla has the highest short interest of any publicly traded company at the moment.

What’s more apparent, however, is CEO Elon Musk’s disdain for short sellers, many of whom are still holding their positions despite massive losses in hopes of Tesla stock being “crushed like a souffle under a sledgehammer.”

Musk has been named Fortune’s Businessperson of the Year for 2020, Tesla holds a market cap of over $500 billion USD, the S&P 500 index has finally decided to include the company — could 2020 get any better for Elon Musk?