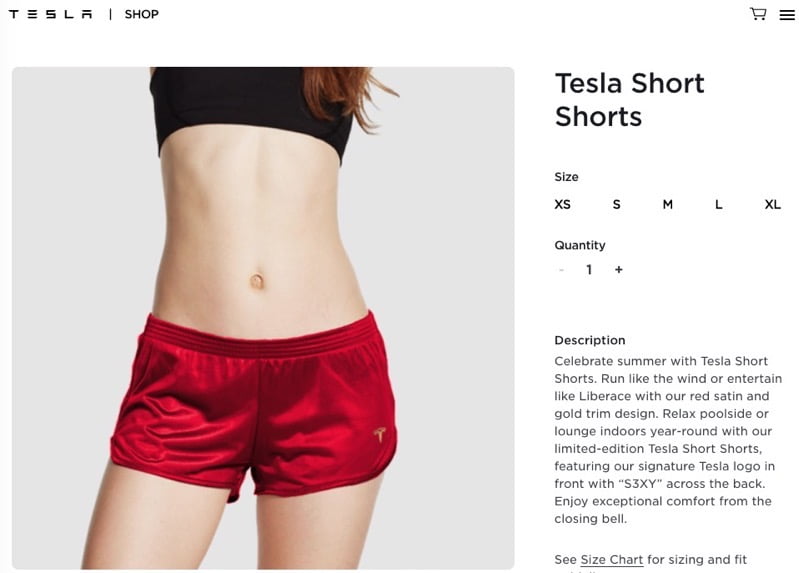 Tesla launched in its online store a new accessory for owners called Tesla Short Shorts, in what is a play on CEO Elon Musk’s war against short sellers of the company’s stock.

“Celebrate summer with Tesla Short Shorts. Run like the wind or entertain like Liberace with our red satin and gold trim design,” reads the Tesla website description. 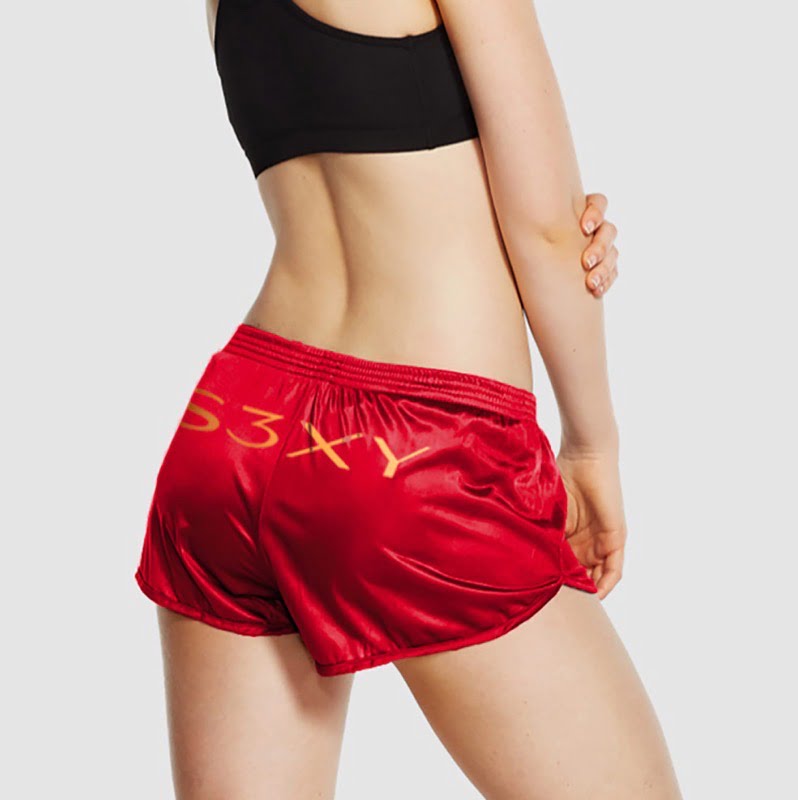 “Relax poolside or lounge indoors year-round with our limited-edition Tesla Short Shorts, featuring our signature Tesla logo in front with “S3XY” across the back. Enjoy exceptional comfort from the closing bell,” adds the website.

Musk tweeted out the shorts were available for purchase earlier this afternoon, priced at $69.420 USD each (the ‘420’ looks to pay homage to marijuana, it appears). Shortly after, he said “dang, we broke the website.”

As of writing, the Tesla Short Shorts are unavailable for purchase.

Tesla’s first software update of this year, 2023.2.0.5, recently started rolling out, bringing new features to the heated steering wheel and Sentry Mode, plus more But there are also some undocumented changes as with most software updates, according to tips sent to Not A Tesla App. One of them was the new ability to view […]
Peter McGuthrie
1 hour ago

Tesla has added a “camera preview” feature to the vehicle’s service menu, as spotted this week by @Stian Walgermo. The feature came as an update to Tesla’s software in version 2023.2.0.5, most of the new features of which were simply minor fixes. The feature shows a simple view from the camera, without having to use […]
Peter McGuthrie
5 hours ago