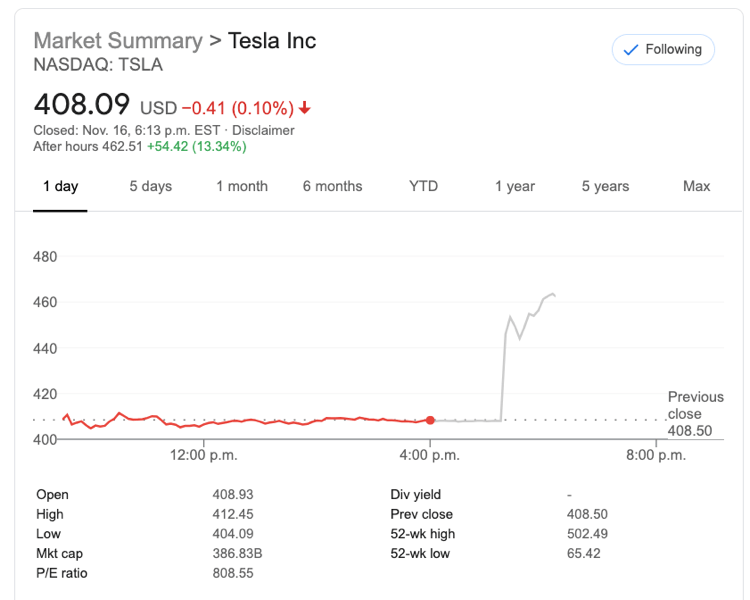 “Tesla Inc. will be added to the S&P 500 effective prior to the open of trading on Monday, December 21 to coincide with the December quarterly rebalance,” explained a press release from the S&P Down Jones Indices.

When a new company enters the S&P 500, one has to be removed. The company Tesla is replacing will be announced “closer to the rebalance effective date”, said S&P Dow Jones Indices.

It’s been a long time coming for Tesla to join the S&P 500, even after there was no news of it joining the index after five consecutive profitable quarters, going beyond the usual requirement of four straight.

In after-hours trading, shares of Tesla are surging, up to 14% as of writing, to $465 per share. Tesla closed with a market cap of $386 billion on Monday, and when it enters the S&P 500, it will be one of the top ten largest companies.