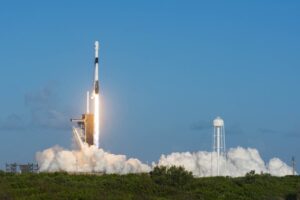 According to SpaceX, the Elon Musk-owned aerospace manufacturer has finally reached the milestone of 100 successful liftoffs, led by the latest Falcon 9 launch on Saturday.

On Saturday, Oct. 24, SpaceX launched its reusable Falcon 9 rocket carrying a payload of 60 Starlink satellites to be placed in Low Earth Orbit (LEO). The rocket took off without a hitch and went on to complete its mission, which marked the 100th successful flight carried out by SpaceX. The original launch was set for Wednesday but was delayed due to weather conditions.

Quite an impressive feat indeed!

SpaceX’s Starlink initiative is designed to provide high-speed satellite internet to rural areas or locations where internet is simply unavailable, expensive, or unreliable.

Starlink is currently in private beta in the United States, and according to Musk will hopefully also service Canada as well. The CRTC recently approved SpaceX’s telecom license in Canada.

The Starlink project uses a constellation of satellites cast around the world in Low Earth Orbit to provide internet access to users on the ground. These satellites are deployed by Falcon 9 rockets in batches of 60 at a time, and there are currently over 800 of them in orbit around the Earth.

SpaceX now has a total of 100 successful flights under its belt, and these include flights by the entire Falcon family of rockets — including, but not limited to, the retired Falcon 9 v1.0, v1.1, and v1.2, and the currently active Falcon 9 Block 5 and Falcon Heavy.

After SpaceX unveiled its Starlink RV mobile internet service earlier this year, one customer of the company is showing off the contents of the order. SpaceX’s Starlink RV internet kit was spotted being unboxed on Monday, showing the next-generation terminal as it comes from the company (via Reddit). The photo shows the RV kit sitting […]
Peter McGuthrie
12 hours ago