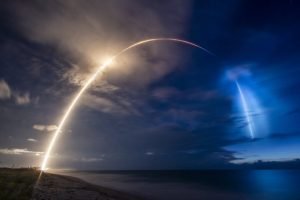 SpaceX is actually making a point of bringing internet to areas deprived of it, and it is starting with rural areas in the U.S. According to PCMag, SpaceX’s Starlink is teaming up with the Ector County Independent School District in Texas to provide free satellite broadband to homes in its vicinity.

“Our research clearly indicates the lack of broadband access is a crisis in Ector County,” says Scott Muri, the superintendent of the district.

The district will be working with Starlink to bring high-speed internet to 45 families by 2021, with plans to expand to 90 families soon after. According to Odessa America, a media outlet based in the area, the project will cost around $300,000, with pro-education group Chiefs of Change footing half the bill.

Texas, being in a lower latitude, is an intriguing state to launch Starlink’s services in, as the upcoming public beta for the internet service will be available in locations in the northern U.S. and (hopefully) ‘southern’ Canada in higher latitudes.

Like educational institutes across the globe, schools in Ector County — located west of Dallas, Texas — have had to either shut down and move to virtual classrooms, or limit the number of students on-campus at a time.

With 39% of families in the area having limited or no access to the internet, the district is in dire need of high-speed internet access to enable online learning and get through this trying time.

SpaceX’s Starlink is a satellite broadband network that, as of now, consists of over 800 low-orbit satellites, with more being added to the fray on the regular. The network is capable of providing download speeds of up to 61 Mbps at latency as low as 20ms, so Starlink is certainly capable of becoming the champion Ector County needs.

Starlink, SpaceX’s low-Earth orbit satellite internet service, is offering increased internet access in many rural regions where residents do not currently have stable connectivity, and the company has just become operational in one new island country. SpaceX’s Starlink satellite internet is now available in Haiti, as the company has officially been registered as “Starlink Haiti […]
Peter McGuthrie
13 hours ago