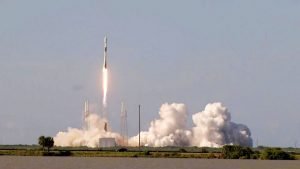 Fairing plays a huge role in rocket launches. Acting as a two-piece protective layer, SpaceX has designed two fairing halves with special netting to catch them when they fall. Without any programming beforehand, fairing halves use a parachute to slow them down. Ships must be positioned correctly to catch these.

SpaceX finally managed to catch both fairing halves of a Falcon 9 rocket launch today. CEO of SpaceX Elon Musk made an exciting announcement on Twitter:

Both fairing halves caught from space by @SpaceX ships!

For all previous launches, recovery attempts for catching both fairing halves remained unsuccessful. Only a single half was retrieved back in June 2019, and once more in January 2020.

In addition to re-using old components, managing to catch both fairing halves can save up to $6 million. As reported by Techcrunch, Elon Musk also has plans to “capture Crew Dragon capsules as they return to Earth”. This would prove to be a safe option once the fairing system is perfected.

SpaceX has launched Starshield, a new, secured satellite service geared toward government entities and national security applications. It sounds kind of like Starlink, but for the government instead of regular consumers and capable of more than just providing an internet connection. “Starshield leverages SpaceX’s Starlink technology and launch capability to support national security efforts. While Starlink […]
Nehal Malik
4 hours ago