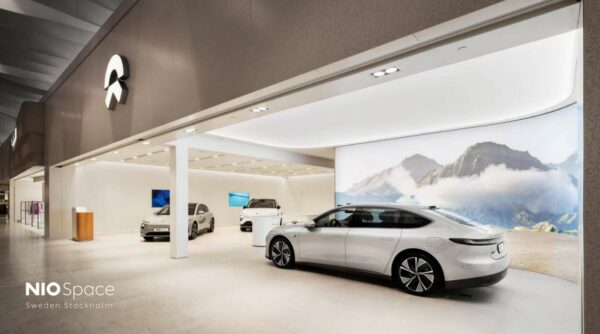 The release cites the outbreak of the COVID-19 Omicron variant, which has spread throughout major cities in China and created a number of supply chain constraints.

As a result, the startup automaker says it has faced challenges in both production and deliveries, especially regarding registration procedures.

The news comes just a few weeks after NIO’s 300,000th production car rolled off the production line, and just a few days after it launched the EC7 coupe SUV and the ES8 SUV at its 2022 NIO Day event, held in Hefei, China.

Both the EC7 and ES8 are on track to begin delivering to customers in May and June 2023, respectively.

Last month, NIO announced plans to launch its own smartphone within a year, which it says is “on par with Apple” and the tech giant’s range of iPhones.

NIO also launched in Europe during an event in Germany in October, with plans to unveil 20 battery swap stations across the continent by the end of the year increasing to over 120 stations next year. The automaker is also targeting 2025 for an entry into the U.S. market.

NIO on Friday opened its first showroom in Sweden, a little over a couple of weeks after the Chinese electric vehicle (EV) maker opened its first battery swap station in the European country (via CnEVPost). The “NIO Space,” as the company calls it, is located at the Westfield Täby Mall Centrum in the Swedish capital of […]
Nehal Malik
2 months ago