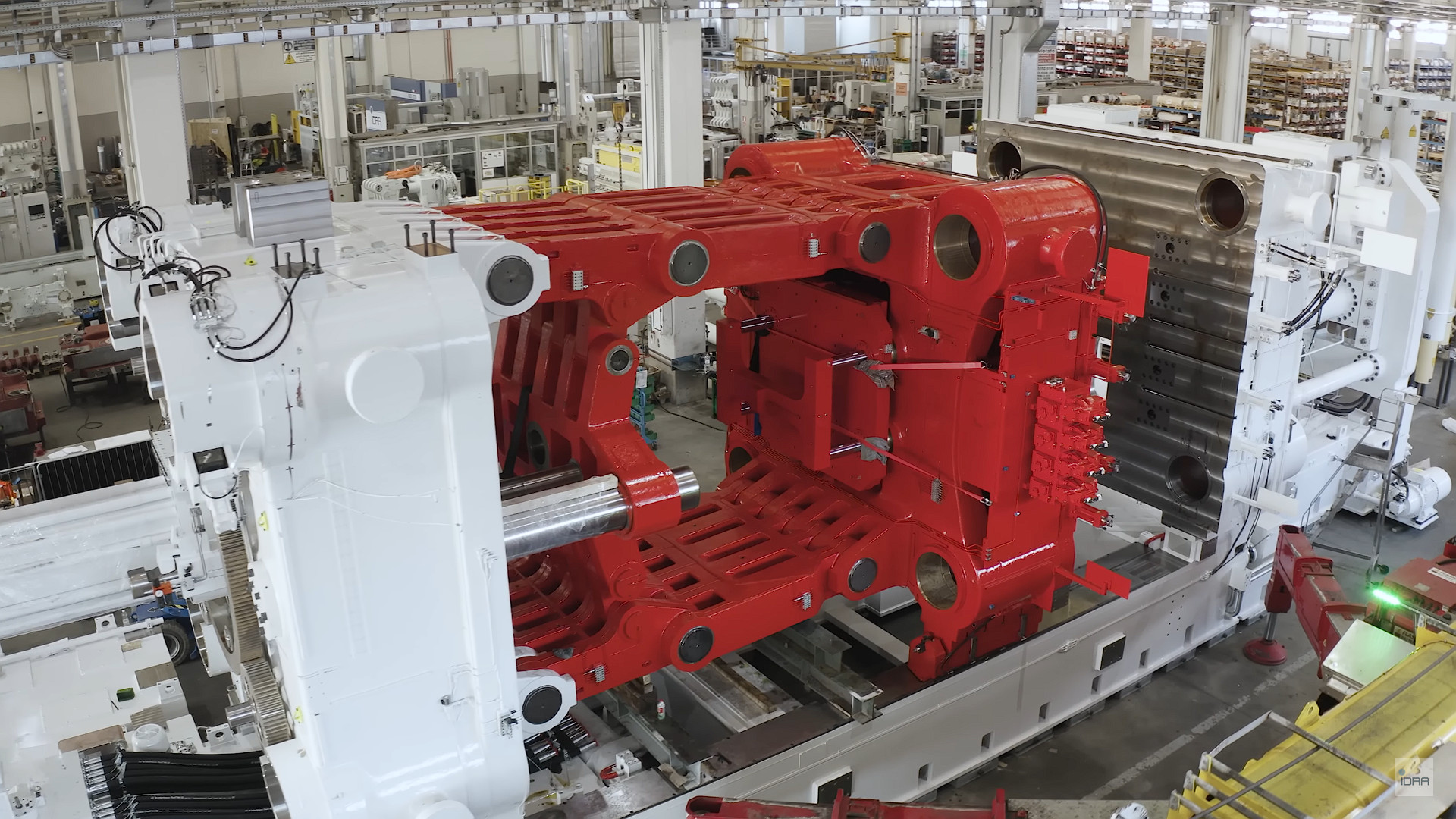 Tesla’s Gigafactory in Austin, Texas, has received some more parts for the 9,000-ton die-casting “Giga Press” that will be instrumental to the production of the company’s upcoming Cybertruck, as seen in a recent drone flyover video of the plant from Joe Tegtmeyer.

“Another early morning flight and today, we are greeted by some truly gorgeous skies and a vivid sunrise! What we see on the site is another very busy day with some interesting discoveries and progress all over, from far southwest to the far northeast and everywhere in-between!” Tegtmeyer said in his video’s description.

At about 6 minutes and 40 seconds into Tegtmeyer’s video, we can see some crates marked “IDRA,” which is the name of the company that built the Giga Press for Tesla. You can watch the full flyover video below:

“We see two of the large, red-painted components and crates with sliding shafts for these components now on-site! More preparation work on or near the foundations for these large machines was evident as well,” Tegtmeyer added in his breakdown of the flyover.

Italy’s IDRA Group completed the Giga Press in early October, getting the gargantuan machine ready to be shipped to Tesla later that month.

The Giga Press will help Tesla produce the single-piece rear body casting for the Cybertruck. Tesla’s all-electric pickup truck is currently in the “Tooling” stage, due to start production next year. Last week, we got our first look at what was quite possibly the Cybertruck’s frame in a leaked image.

Tesla hit a new milestone at Gigafactory Texas earlier this week, building 3,000 Model Y units in a week for the first time ever.