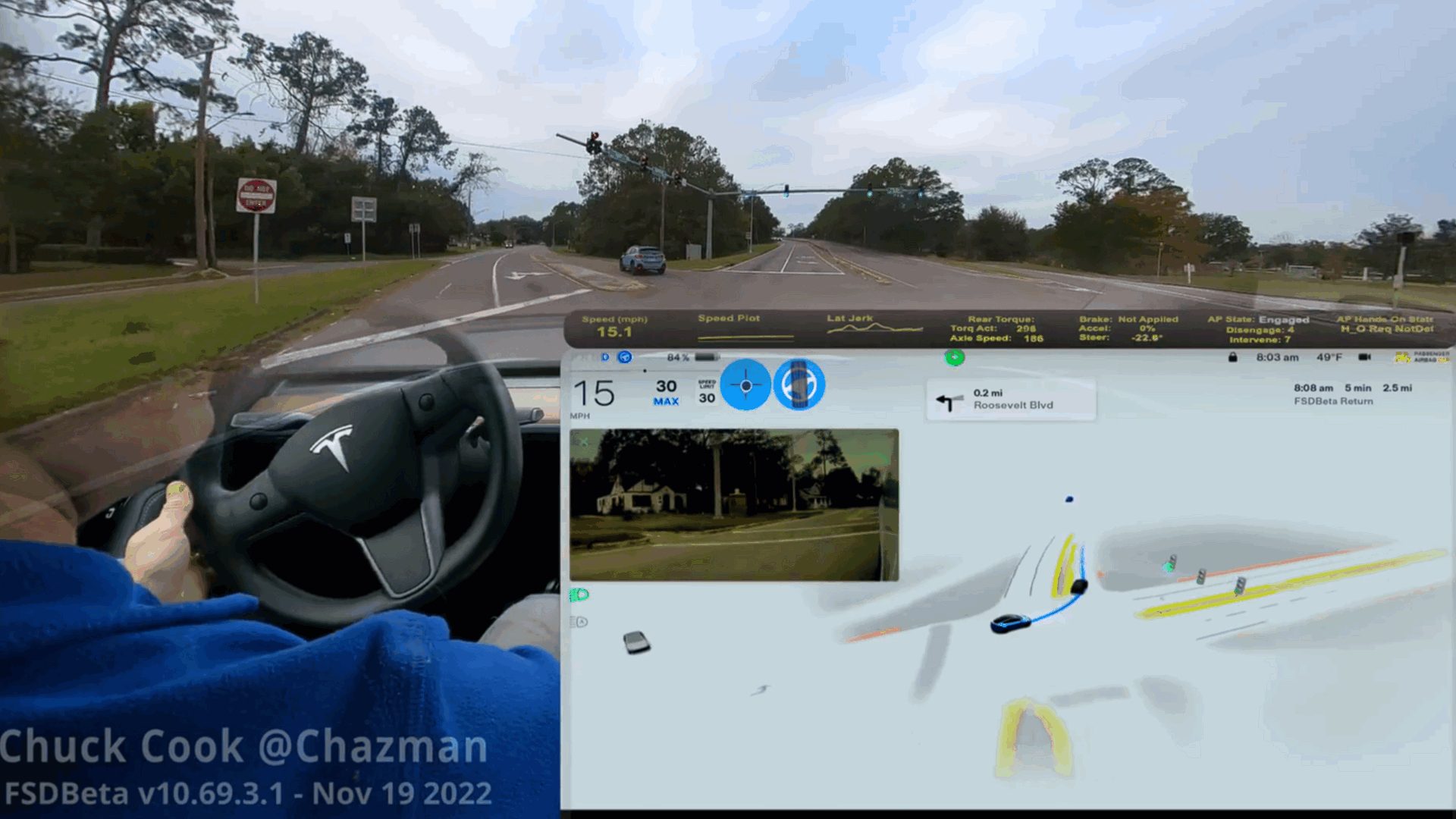 FSD beta 10.69.3.1 brings improvements to the system’s Object Detection network, improved architecture for better accuracy and latency, and a bunch of other advancements. It follows beta version 10.69.3, which started rolling out to Tesla employees in update 2022.36.15 late last month.

As FSD beta 10.69.3.1 rolls out to more cars, we’ll start seeing more and more drive tests on it. Here’s one of the first test drives on the new iteration, courtesy of veteran beta tester Chuck Cook and featuring his popular “unprotected” left turns:

One of the highlights from Cook’s first drives with version 10.69.3.1 was a complex left turn at an intersection that was masterfully handled by FSD. The longtime beta tester was impressed with how much the system had improved.

Tesla is already working on rolling out FSD beta version 11, which is going to be one of the biggest FSD updates ever and will be “single stack.” This essentially means that version 11 will start using multi-camera video networks for highway and city driving, using the same technology for both.

A wide release of FSD beta 11 in the U.S. and Canada is still several weeks away, though, according to Musk.

China’s new-energy vehicle (NEV) sales dropped in the last week of November, as was measured by insurance registrations. BYD with its hybrid electric vehicles doubled Tesla’s sales to top NEV leaderboards in China during the fourth week of November, with BYD overseeing 38,480 insurance registrations while Tesla had 16,121, according to a report from CnEVPost. […]
Peter McGuthrie
11 hours ago

After Tesla stepping up its hiring efforts in Thailand earlier this year caused some to expect an upcoming launch in the country, the automaker has officially announced plans to start selling cars there. In a post on LinkedIn, Tesla shared a photo with text in Thai translating to “Hello Thailand,” and saying “See you December […]
Peter McGuthrie
13 hours ago