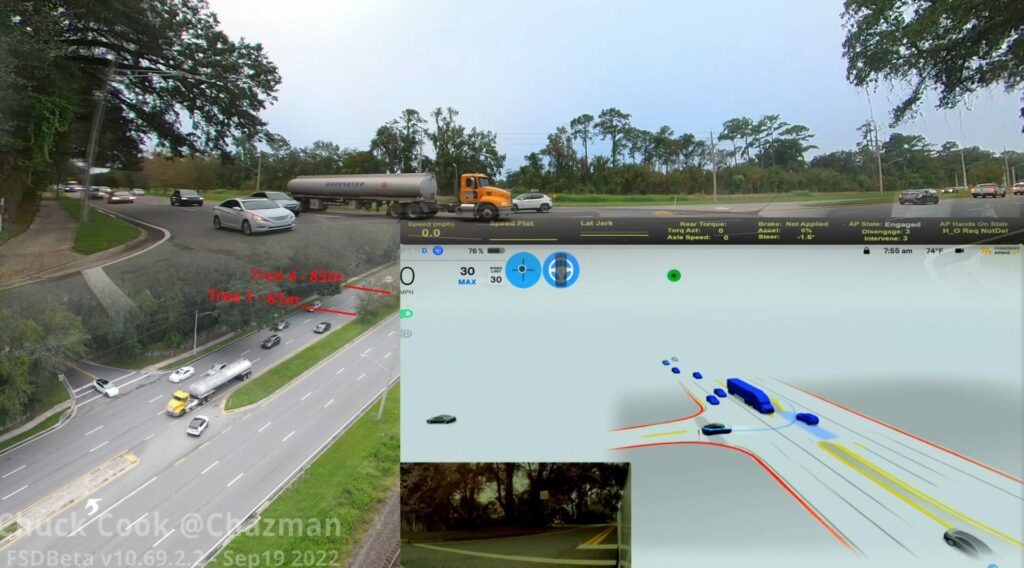 According to @Teslascope, this FSD beta 10.69.3 update is being released to Tesla employees in Canada and the USA, based on vehicles in its fleet that received the update. Tesla employees can opt to have first access to FSD beta builds before the general public.

The latest update is going out to Tesla employees throughout the United States and Canada. https://t.co/onMbPfyYsO

Tesla CEO Elon Musk has previously touted FSD beta 10.69.3 would be a “major upgrade”, and this release comes after being promised to appear earlier this month.

When FSD beta builds hit employee vehicles, it’s a sign the equivalent public release should be made available soon, likely in the coming days. Stay tuned!

Tesla on Thursday evening held its Semi delivery event, where it delivered its first production electric truck to customer, PepsiCo. Company CEO Elon Musk was on hand for a presentation alongside Dan Priestley, Senior Manager, Semi Truck Engineering the company (who did an incredible job beside Musk). Both Musk and Priestley highlighted the major features of […]
Sarah Lee-Jones
14 hours ago