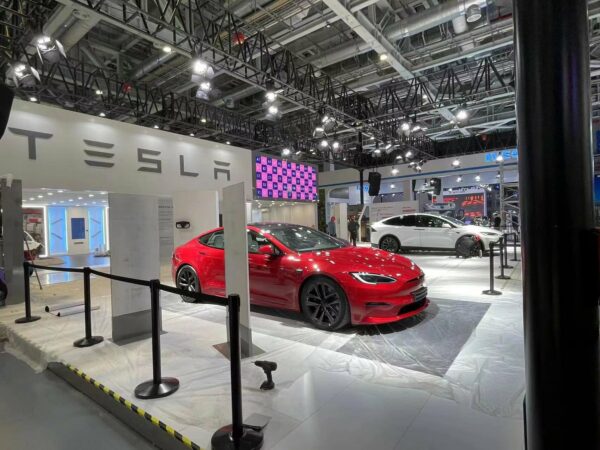 Tesla’s booth is officially set up at the China International Import Expo (CIIE) as spotted in photos taken by @Yan Chang shared on Tuesday. 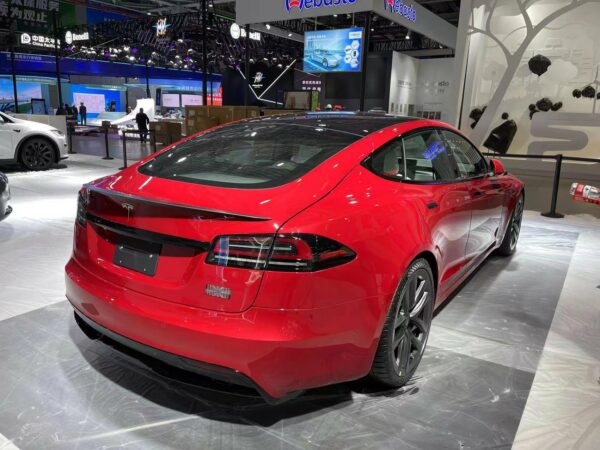 The photos include multiple angles of a red Model S Plaid and a white Model X Plaid, both of which can be seen in front of Tesla’s area of the conference. 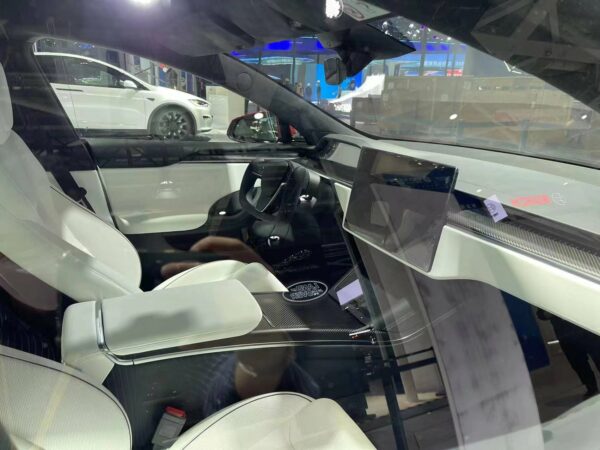 You can also see a video of the Model S Plaid rolling into the exhibition hall, below:

Tesla’s Optimus Robot is also set to appear at the import event, though it’s nowhere to be seen in the photos or at the booth.

The news comes as Tesla prepares to unveil the Model S Plaid in China on Saturday, following much anticipation for the electric sedan.

Last year, CEO Elon Musk predicted the Model S Plaid would be hitting Chinese markets around March, though the automaker has been faced with an economic downturn and COVID-19 surges affecting everything from suppliers to the company’s own factory.

Nonetheless, those with reservations for the Model S or X have already started receiving notifications on the Tesla app and can expect deliveries to start going out in the coming weeks.

Additionally, a Tesla Model S Plaid was seen unloading from a car hauling truck, without the ultrasonic sensors that older Tesla builds have included.

Tesla is ‘recalling’ roughly 80,000 vehicles in China due to seatbelt and software issues, according to the State Administration for Market Regulation in a statement on Friday (via The Wall Street Journal). The regulator said that a recall filing had been for Tesla’s vehicles, which is currently the second largest automaker in the country. The […]
Peter McGuthrie
17 hours ago

Tesla’s Model S Plaid is on display in the automaker’s exhibition at the Petersen Automotive Museum, featuring a vegan leather interior from designer Vicki von Holzhausen. The von Holzhausen vegan leather was designed in partnership with auto-tuning company and electric vehicle (EV) enthusiasts Unplugged Performance, first announced this summer. You can see the Model S […]
Peter McGuthrie
4 days ago