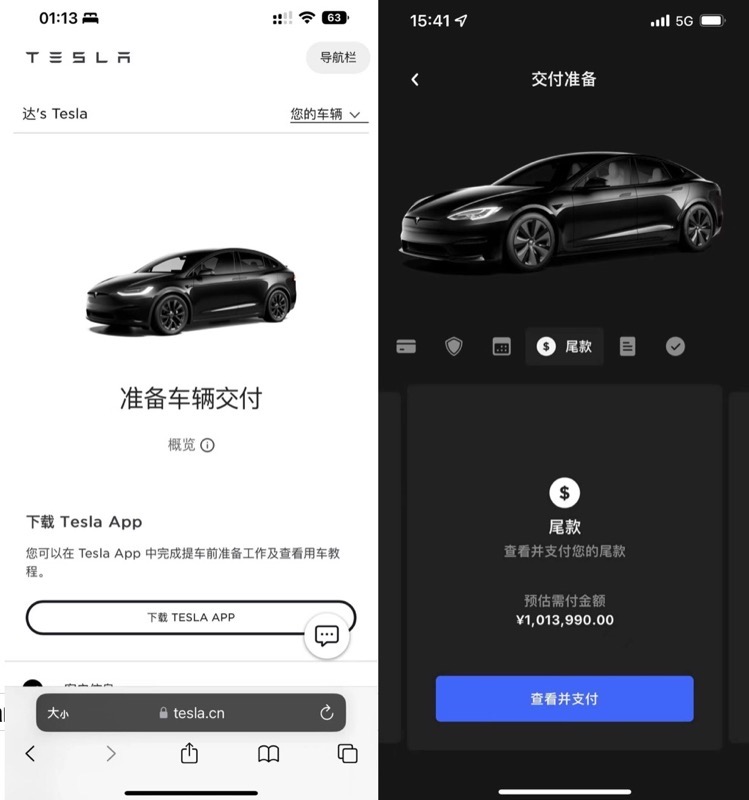 After seeing pictures and a video of a Model S Plaid being offloaded from a truck in China, many believed deliveries would be happening soon.

Earlier today, it was reported Tesla Model S and Model X vehicles were listed on China’s Ministry of Industry and Information Technology’s (MIIT) catalog of new energy cars that were tax exempt.

Now, according to Yan Chang (@cyfoxcat), we are seeing screenshots from Tesla owners in China that their Model S and Model X Plaid vehicles are ready for delivery.

The screenshot for the Model X is showing “preparing for vehicle delivery”, while another screenshot showing a Model S says it’s “ready for delivery” and to “view and pay your final payment.”

Customers who have ordered the Model S and X Plaid in Europe have also started receiving calls about their orders in recent weeks, with estimated deliveries set to begin in November.

The first known Tesla Model S Plaid with a tow hitch has gained its Certificate of Conformity (CoC) and registration papers in Europe, as spotted by @Tesla_Adri in the German forum TFF. One user in the forum shared pages one and two of the CoC, including specifications like the Model S Plaid’s length, wheelbase and […]
Peter McGuthrie
1 week ago