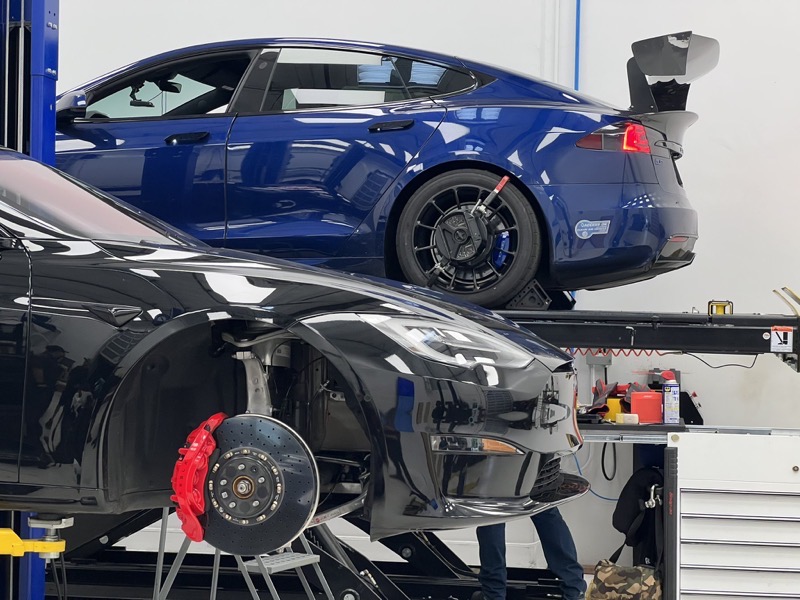 We have our first look at Tesla’s Model S Plaid Ceramic Brake Kit, which costs a cool $20,000 USD. A picture of the factory brake kit was shared by Unplugged Performance.

You can see the $20,000 brake kit from Tesla in the foreground on the black Model S Plaid. The front part of the brake kit includes 410 x 40mm carbon-silicon carbide front rotors and 6-piston one-piece, forged front calipers, along with high-performance front brake pads.

Earlier this month, we told you Tesla temporarily removed the Model S Plaid Ceramic Brake Kit from its online store. The add-on was eventually added back to the store and now says it will be available in fall 2022. Previously, Tesla said it would be available in “mid-2022”.

The ceramic brake kit was first announced last November and now it seems it will arrive one year later.

Tesla’s Model S Plaid has a top speed of 200 mph but this is only possible “with paid hardware upgrades”, according to the automaker. Those taking the Model S Plaid to the track usually require more stopping power provided by the factory brakes. Third party options are available from companies such as Unplugged Performance, if one cannot wait for Tesla’s stock kit.