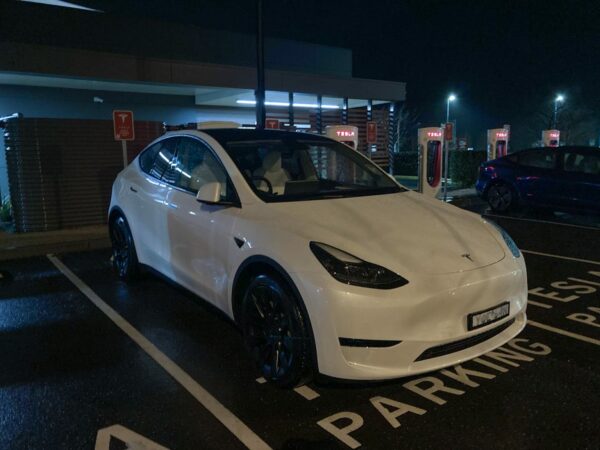 After reports of the first Model Y arrivals in Australia, one customer has shared a photo of the electric SUV suggesting that deliveries are underway.

Tesla has reportedly delivered its first Model Y unit in Australia, as shown in a photo taken at a Canberra Supercharger reports Tech AU.

The Model Y also includes an ACT numberplate and EV label, as is customary in Australia.

One Australian official said that Tesla could double the amount of vehicles on the road in the country, especially with customers beginning to take delivery of their Model Y units.

Based on a handful of recent orders discussed in Tesla forums, some who ordered as recently as June 10 already see estimated delivery dates in their accounts.

The earliest of these accounts is seeing an estimated arrival of this Friday, with the recent photo shared being the first account of deliveries.

While the Model Y is already sold out for 2022, new customers can still order the electric SUV and can expect delivery between February and May of 2023.

Demand for EVs in Australia is high, and Tesla is now planning to accelerate production of the right-hand-drive Model Y.