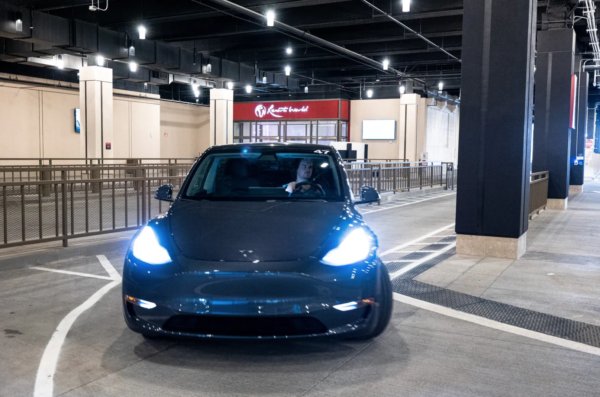 The first passenger station for The Boring Company’s Las Vegas loop was revealed on Thursday, as reported by The Verge.

The station marks the first in a series of 55 stops across 29 miles of tunnels beneath Las Vegas.

The Boring Company already has a miniature version of the loop beneath the Las Vegas convention center, completed in 2021 and featuring about 1.6 miles total of underground transit space.

The Boring Company Deals with Permitting Issues for R&D Center in Texas https://t.co/a9sU7rI6AS

In a statement, President of Resorts World Las Vegas Scott Sibella said, “Today marks a monumental moment not only for our resort, but for Las Vegas.” Sibella continued, “Our passenger station will make a visit to our resort from the Las Vegas Convention Center easier than ever, and eventually connect us to key destinations throughout the city.”

Proposals for Boring Company loops were also accepted in Fort Lauderdale, Florida last year, dubbed the “Las Olas Loops,” where the city will run tunnels from the downtown area to the shoreline.

The Boring Company is also in talks with San Antonio, Texas about potentially building an underground loop.

Tesla has left Volkswagen in a tough spot on the veteran automaker’s home turf after recently dropping the prices of its Model 3 and Model Y electric vehicles (EVs) by up to 16.8% in Germany. The discounts, which Tesla said were a result of “normalizing” inflation, have led to increased demand for and interest in […]
Nehal Malik
7 hours ago

Transportation officials in San Francisco are trying to slow the rollout of robotaxis in the city, arguing that they can pose a road hazard to other drivers and that more data is needed before they can be allowed to freely roam the streets — reports NBC News. San Francisco has become a bit of a […]
Nehal Malik
12 hours ago