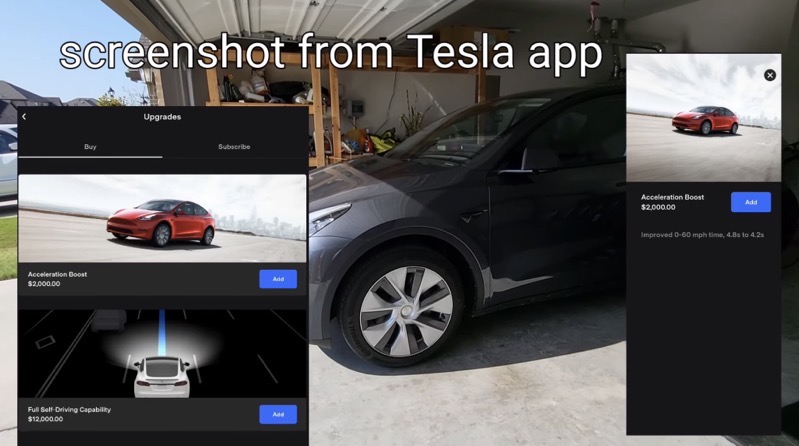 Tesla has launched its in-app upgrade ‘Acceleration Boost’ for the Model Y with 4680 structural battery from Giga Texas.

According to Spoken Reviews, the option is available for $2,000 USD and improves the 0-60mph time from 4.8 to 4.2 seconds. The owner recently took delivery of their Model Y with 4680 structural battery pack, produced at Gigafactory Texas.

The Texas Model Y with 4680 pack is noted to have a 0-60mph time of 5.0 seconds, so it seems Tesla needs to update the numbers on its in-app upgrade for Acceleration Boost.

This Model Y with 4680 battery pack has a range of 279 miles and is speculated to have a 69 kWh battery capacity that may include a future upgrade to unlock further range.

The channel previously showed off a hands-on with this Model Y with 4680 battery pack, along with a demo of Supercharging speeds. The app shows ’50D’ for the Model Y, while charging instructions remain to juice up to 90%.

Tesla’s Acceleration Boost is available for non-Performance versions of the Model 3 and Model Y, allowing for a bit of a speed bump compared to stock 0-60mph times.