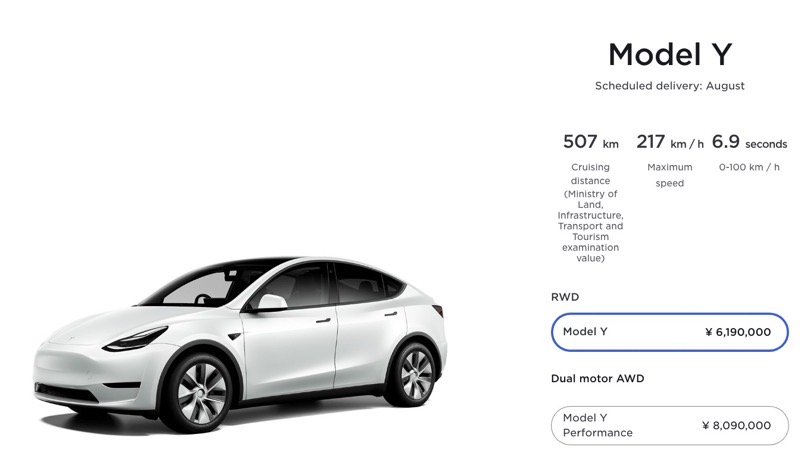 Tesla has launched Model Y sales in Japan and Australia and New Zealand.

As for Australia, Model Y orders have launched as hinted by previous sightings of vehicles spotted on trucks in the country.

The RWD Model Y starts at $68,900 AUD, while the Performance is priced from $93,900 AUD. On Road Fees vary based on state and territory, as noted by @The_Alfather (via @SawyerMerritt).

Back in April, Model Y pricing for Australia leaked, and today’s pricing looks to be about the same, if you take into consideration inflationary pressures.

These Model Y vehicles will most likely be manufactured at Tesla’s Gigafactory in Shanghai, China, which is ramping up production to normal levels now that COVID-19 restrictions have eased. Interestingly, all three entry Model Y vehicles are RWD versions and not Long Range AWD versions, which are available in China and Europe.

Update 2: The Model Y is also now available to order in Singapore (thanks @TeslaOwnersSG). The RWD version is starting at $91,990 SGD and Performance from $110,990 SGD. Delivery estimates for both are slated as “late 2022”.