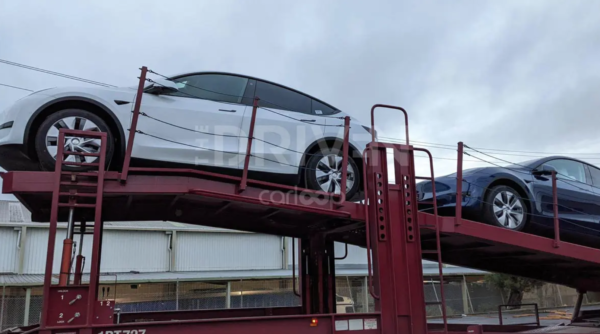 At least six Tesla Model Y units have arrived and been spotted in Australia, four of which landed in Melbourne on Thursday following a truck according to The Driven.

The Model Y units were spotted across two trucks carrying the electric SUVs by Carloop’s Riz Akhtar, which had arrived in Melbourne and were likely part of this quarter’s only Shanghai exporting round.

The news comes after many thought the vehicle would launch in 2021, though it did not.

In a statement, Akhtar said, “All cars were in “Transport” mode (and) seem to be different from those first spotted on a freeway.” Akhtar added, “The acceleration observed once unloaded off the truck clearly showed the Performance model’s oomph over the LFP based RWD ones.” 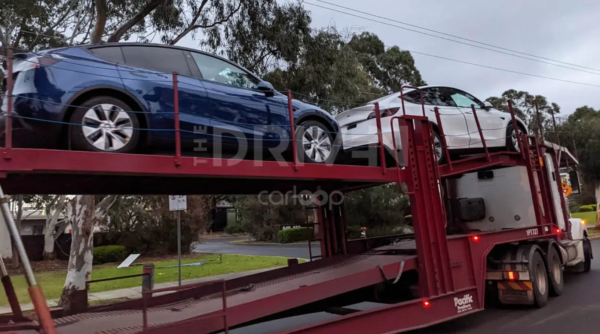 Akhtar was able to confirm that the shipment included two Performance and two rear-wheel-drive models, as well as the vehicles including an AU sticker.

Tesla Model Y pricing in Australia was leaked in April, suggesting that a launch of the electric SUV was imminent.

The Tesla Model Y was also approved for sale in Australia last September, after one arrived in Australia in August.

The Tesla Model 3 was Australia’s best-selling EV in Q1 with 65 percent of the sector’s market share.

Electric vehicles (EVs) are becoming more popular in Europe with each passing quarter, and a new milestone has been reached with one of Tesla’s EVs at the forefront. The Tesla Model Y led Europe’s EV sales year to date through August, with 7,011 units of the electric SUV sold in the month, according to CleanTechnica. […]
Peter McGuthrie
8 mins ago

According to Bloomberg’s Ed Hammond, Elon Musk has apparently decided to proceed with his deal to buy Twitter at $54.20 per share. The news halted trading of Twitter’s shares on the stock market. Scoop – N*MUSK SAID TO PROPOSE TO TWITTER TO PROCEED W/ DEAL AT $54.20 — ed hammond (@EdHammondNY) October 4, 2022 Twitter […]
Sarah Lee-Jones
18 mins ago

After Tesla’s shares dropped following fewer deliveries than expected, but one investing firm saw the moment as an opportunity. Cathie Wood’s investing firm Ark has purchased more Tesla shares across multiple branches, as detailed in a report from Barron’s. The purchase came after Tesla’s stock dropped despite its record deliveries in Q3, that missed Wall […]
Peter McGuthrie
35 mins ago