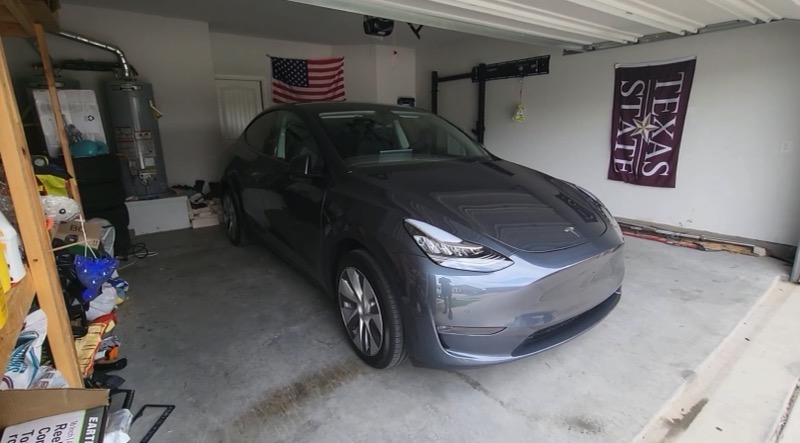 According to new Texas-made Tesla Model Y owner Spoken Reviews, his vehicle is one of the new builds from Austin that contains the automaker’s 4680 structural battery pack.

After sharing a walkthrough of the Texas Model Y build quality and Supercharging speed test, Spoken Reviews has now weighed his car, after it was requested by a viewer just one day ago.

The channel heads out to a Certified Automated Truck (CAT) Scale, used to weigh long haul trucks. The results? His Texas-made Model Y comes in at 4,220 pounds, after subtracting his own weight and the two car seats inside his vehicle (26 pounds)

Spoke Reviews references a Fremont Model Y at 4,555 pounds, but this number is not currently on Tesla’s website, as it appears to be the gross vehicle weight rating.

The 4680 structural battery pack contains larger cells that are denser, offering weight savings, but it’s unclear what else Tesla has done to remove weight, aside from casting efficiencies.

Check out the video below to see this Austin Model Y get weighed on a truck scale: