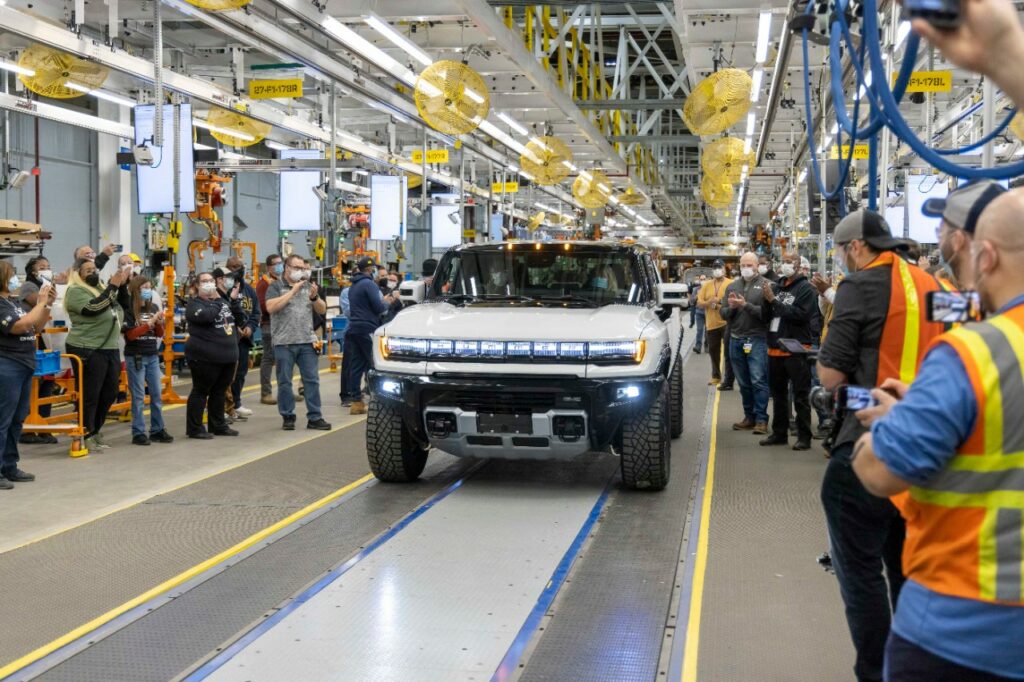 The first 2022 GMC HUMMER EV Pickup Edition 1 exits Factory ZERO in Detroit and Hamtramck, Michigan. VIN 001 was auctioned in March 2021 at the Barrett-Jackson Scottsdale auction for $2.5 million to benefit the Tunnel to Towers Foundation. (Photo by Jeffrey Sauger for General Motors)

General Motors announced today it is increasing the price of its GMC Hummer EV by $6,250 USD, starting on Saturday.

According to GM, reservations placed prior to the price increase won’t be affected, reports CNBC. The reason for the price hike? GM is blaming its supply chain and logistics.

In March, GM said it would be ramping up production of its massive Hummer EV, which starts at $80,000 USD.

So far, there have been over 77,500 Hummer EV reservations, according to GM, which is facing production woes like the rest of the industry. Its Hummer EV SUV isn’t expected to be unveiled until 2023.

Yesterday it was reported GM plans to apparently sell its Cadillac and Hummer EVs in Europe.

General Motors (GM) is set to launch more than 15 electric vehicles in China by 2025, according to statements from the automaker during its Tech Day event on Tuesday in Shanghai. The EVs are set to be launched on GM’s Ultium drivetrain, and the company expects to have an annual production capacity of about one […]
Peter McGuthrie
6 days ago