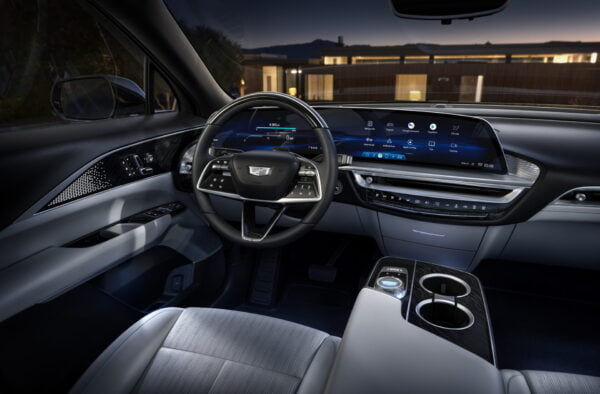 GM plans to bring the Cadillac Lyriq to Europe, and the automaker is also considering selling the GMC Hummer on the continent, according to sources familiar with the topic detailed in a report from Automotive News.

The move comes just a few years after GM sold off its mass-market Open and Vauxhall brands in 2017 to the company now known as Stellantis.

The sources, who asked not to be identified due to the confidential nature of the matters, also said GM could start importing the Cadillac Lyriq.

At the present time, GM only sells luxury vehicles in Europe, including the Corvette sports car, and the automaker only sells a small amount.

Cadillac plans to electrify its entire lineup by 2030, and the move to bring EVs to Europe could also help the company avoid tough emissions standards in the European Union — which played a major role in the automaker’s decision to sell Opel and Vauxhall.

GMC’s fully-electric Hummer has already begun delivering in the U.S., after its early reservations surpassed 65,000 in March.

General Motors (GM) is set to launch more than 15 electric vehicles in China by 2025, according to statements from the automaker during its Tech Day event on Tuesday in Shanghai. The EVs are set to be launched on GM’s Ultium drivetrain, and the company expects to have an annual production capacity of about one […]
Peter McGuthrie
2 days ago

Domino’s announced plans to order custom-branded Chevy Bolt electric vehicles, set to receive 100 this month with 700 more rolling out in the coming months, according to a press release from the pizza company on Monday. The fleet will consist of 2023 Chevy Bolt EVs, which are set to arrive at select franchise and corporate […]
Peter McGuthrie
4 days ago