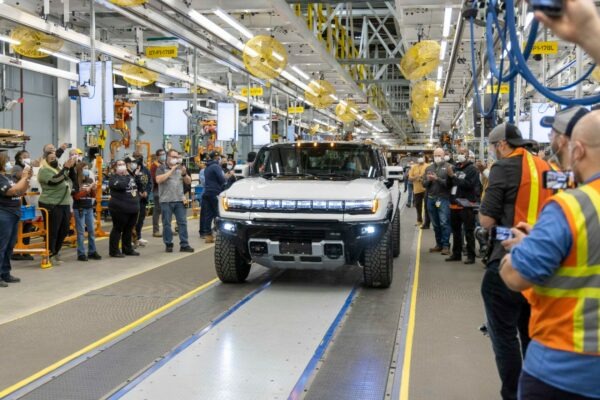 GM plans to increase production of the electric Hummer as reservations surpass 65,000 units, according to CNBC.

The GMC Hummer EV can already be purchased, though high levels of demand make it likely that customers won’t receive their orders until around 2024.

Despite the fact that the number of reservations is more than initially expected, with a whopping 95 percent of reservations being turned into actual orders, GMC Vice President Duncan Aldred also says the company is ahead of its original production schedule.

During a media event, Aldred said, “Production’s actually slightly ahead of plan and we’re putting things in place now to actually expedite that as well, so we can deliver these reservations quicker than we originally thought.” Aldred continued, “We’re seeing momentum building.”

The GMC is set to begin arriving in 2023, with the vast majority of orders preferring the pickup variant over the SUV variant, largely because it was unveiled earlier.