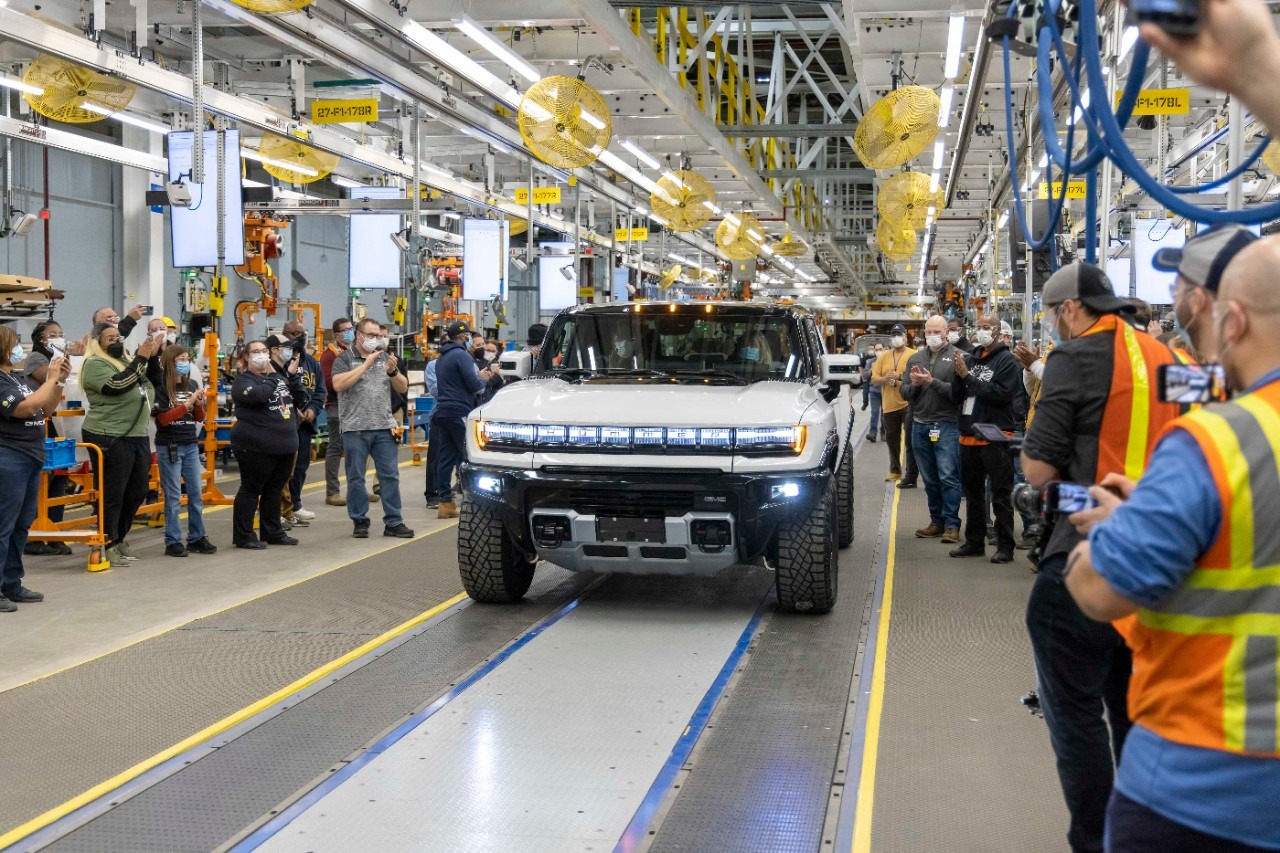 The first 2022 GMC HUMMER EV Pickup Edition 1 exits Factory ZERO in Detroit and Hamtramck, Michigan. VIN 001 was auctioned in March 2021 at the Barrett-Jackson Scottsdale auction for $2.5 million to benefit the Tunnel to Towers Foundation. (Photo by Jeffrey Sauger for General Motors)Newly-filed documents with the Environmental Protection Agency (EPA) have revealed the 2022 GMC Hummer EV Edition 1 range, battery capacity and more.

Preliminary General Motors data reveals the EV Hummer Edition 1, which has 1,000 horsepower and is priced from $110,295 USD, will have a 329-mile combined range, with the Ultium battery’s electricity consumed at 47 MPGe EPA combined, reports Car and Driver.

When GM first unveiled the Hummer EV pickup, it stated the truck would go 350 miles on a single charge thanks to its 200 kWh Ultium battery.

The Hummer EV’s 47 MPGe combined rating is about 33% less than the 70 MPGe rating from Rivian’s R1T. The Hummer EV’s range is better than the R1T’s 314-mile rating and the F-150 Lightning’s 300-mile estimated rating.

Vehicles that weigh over 8,500 pounds do not need to share MPGe numbers on window stickers, but a GMC spokesperson shared them with Car and Driver: 51 MPGe city, 43 MPGe highway, and 47 MPGe combined.

As for the Hummer EV battery, it weighs a whopping 2,923 pounds, more than the weight of an average Honda Civic sedan (a 2022 Civic Sedan LX weighs 2,877 pounds).

The Hummer EV Edition 1 has a curb weight of 9,063 pounds, which is 2,000 pounds heavier than the Rivian R1T Launch Edition.

The Ultium battery capacity is at 617 amp-hours, and when multiplied by its 400-volt operating voltage, that yields 246.8 kWh says Car and Driver, noting the number “should equate with the double-stacked pack’s gross capacity.” In other words, usuable battery capacity is at 86% of the total, which the publication points out is lower than what other EVs are at today, usually at around 90%.

When the Hummer EV charges from empty to 100% on a 240-volt Level 2 outlet, the EPA document notes a loss of 10%, slightly better than the 12% seen by other EVs in EPA charging tests.

According to GMC, this latest EPA test is the final certification for the 2022 Hummer EV Edition 1, with the lower trim versions coming in the next few years, including the latter’s dual motor base model set for 2024.