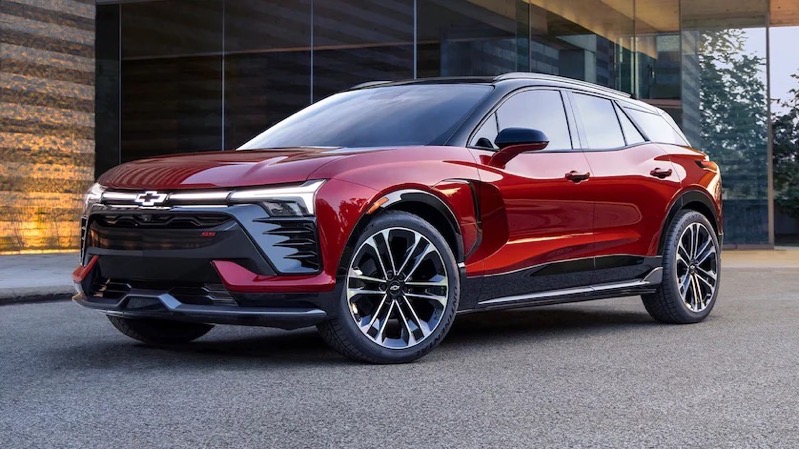 Chevrolet has announced its all-electric Blazer electric vehicle will be revealed on July 18, 2022, at 8pm PT/11pm ET.

“We’ve given you a first look at the All-New Blazer EV but this is just the beginning. The all-electric midsize SUV will be available in a performance boosting SS trim and offers eye-catching design, technology, and style to give you the confidence to cruise through the roads ahead regardless of where your journey takes you. Available Spring 2023,” explained the Chevrolet website.

“Be the first to reserve yours on July 18th,” added the General Motors subsidiary.

So far, Chevy has other electric offerings in the pipeline, including its Silverado EV set for fall 2023 and its Equinox EV also slated for the same timeframe.

Back in March, Chevy said the new electric Blazer SS would launch in spring 2023, but now we have a look at the “simulated vehicle” shown above, while the “actual production model will vary.

General Motors (GM) is set to launch more than 15 electric vehicles in China by 2025, according to statements from the automaker during its Tech Day event on Tuesday in Shanghai. The EVs are set to be launched on GM’s Ultium drivetrain, and the company expects to have an annual production capacity of about one […]
Peter McGuthrie
6 days ago