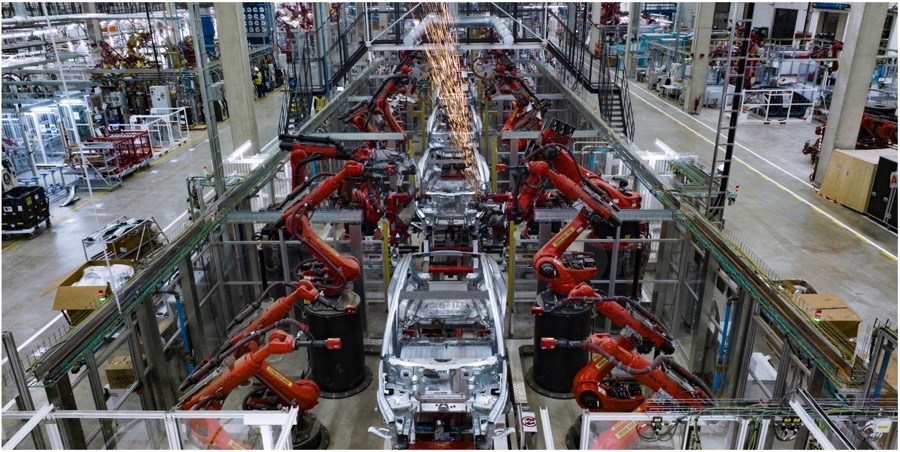 That works out to just over 600 cars per week — almost double the 350 units per week we reported the plant was piping out in April, but significantly less than Tesla’s goal of producing 1,000 units per week.

Production at Gigafactory Berlin is being held back by finished Model Y units requiring some rework and the facility’s stock of batteries and drivetrains from China running low, among other things.

Giga Berlin’s supply of batteries and drivetrains from China became a question mark when COVID-19 lockdowns in the country crippled logistics and forced Gigafactory Shanghai to shut down for 24 days. However, Giga Shanghai is back online and the supply channels are opening back up.

Sending batteries and drivetrains to Germany by sea would have taken longer, so Tesla shipped a batch from China by air freight. The delivery arrived in Germany earlier this week, so Giga Berlin’s stock should be replenished.

Sources familiar with the situation have also confirmed that Tesla currently has a whopping two million orders for the Model Y Performance with a CCS charging connector, including orders for right-hand drive markets such as the United Kingdom.

All of these Model Y Performance orders will be fulfilled by Giga Berlin, so Model Y Long Range production at the plant has been delayed. Instead, Tesla will continue to import Model Y LR units for Germany and other European markets from China. The right-hand drive variant of the Model Y Performance has already entered test production.

According to Brandenburg’s Minister of Economy, Giga Berlin currently employs 4,000 workers and Tesla is constantly looking to add more. The automaker had hired another 500 people as of the end of last week and is planning to start a second shift at Giga Berlin in the next quarter.

Tesla hopes to ramp production at the facility up to 1,000 units per week eventually, but an earlier report indicated that Giga Berlin won’t see another significant increase in output beyond that for the rest of the year.

Tesla highlighted its accomplishment on Tuesday of opening Supercharger stations to non-Tesla electric vehicles (EVs) across 15 European countries, which it says is equal to about 50 percent of Supercharging stalls in all of Europe. The announcement was made from the new @Tesla_Europe Twitter account. The Supercharging network is now open to all EVs in […]
Peter McGuthrie
16 hours ago

Indonesian President Joko Widodo said he is “confident” Tesla will finalize an investment into a production facility in his country, according to a report on Tuesday from Reuters. President Jokowi, as he is colloquially referred to in Indonesia, also highlighted potential benefits such as tax breaks for the company or a concession to mine nickel. […]
Peter McGuthrie
17 hours ago

Tesla is looking to increase production output at its Gigafactory Shanghai in the next two months, to help meet the demand created by its recent price cuts, according to a source with knowledge of the plan and a planning memo seen by Reuters. The memo says that Giga Shanghai is targeting a weekly average output […]
Peter McGuthrie
17 hours ago