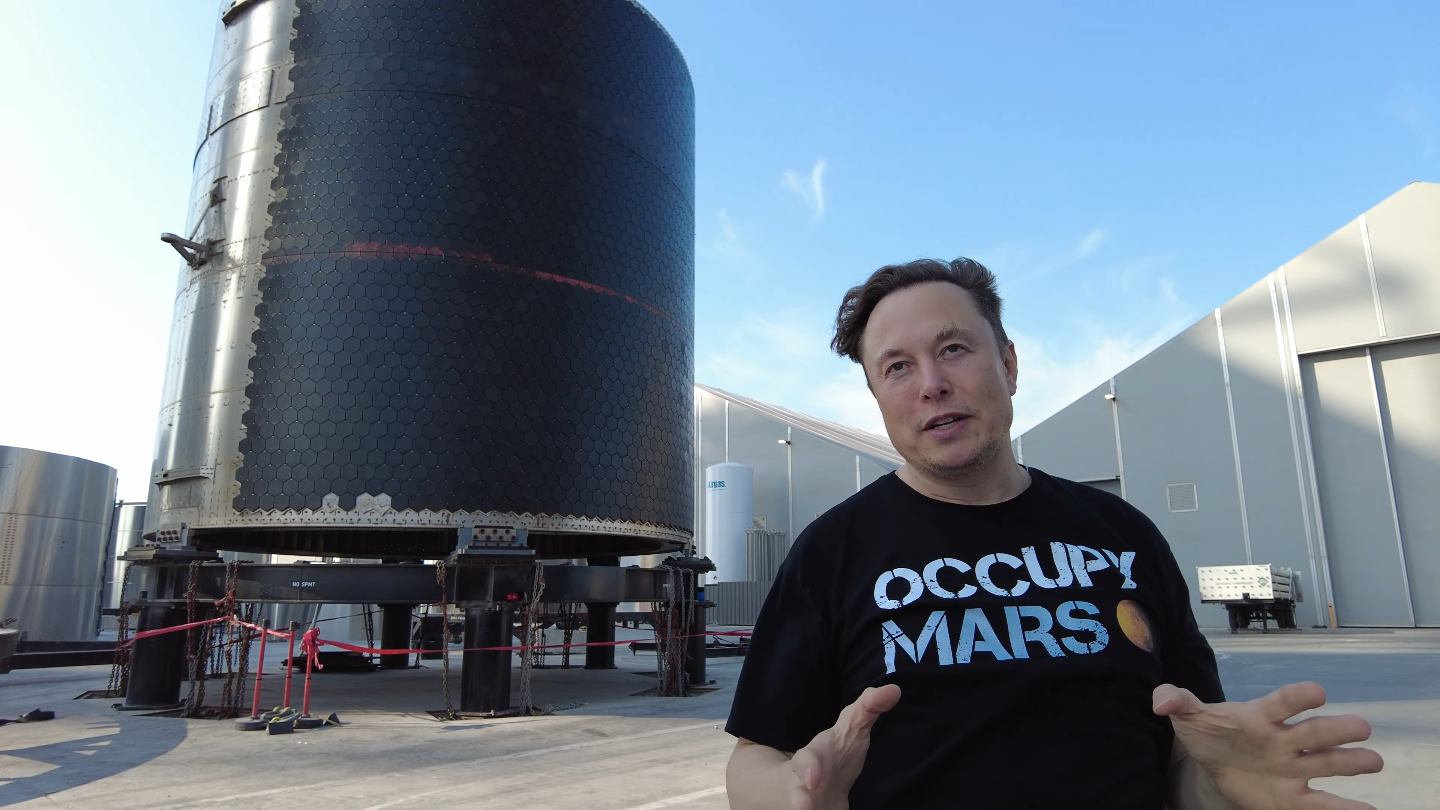 Musk gave Everyday Astronaut‘s Tim Dodd a tour of the High Bay, where SpaceX assembles Starships, and a glimpse of the under-construction MegaBay at the site.

The 45-minute video is chock full of intricate details about the development of Starship, the spacecraft SpaceX hopes will one day haul humans and cargo to Mars and enable interplanetary travel.

Before it takes anyone to Mars, Starship is slated to carry astronauts back to the moon as part of at least two different missions for NASA.

Musk talked Dodd through the many updates and optimizations SpaceX has made to Starship, along with the company’s out-of-this-world plans for the future.

Joe Petrzelka, SpaceX’s Director of Starship Launch Engineering, also made an appearance in the video to talk about how much better Booster 7, the Super Heavy Booster SpaceX is currently pairing with its Starship, is than the Booster 4 and Booster 5 that came before.

To achieve its goal of not only putting humans on Mars but establishing civilization on the Red Planet, Musk said SpaceX will have to bring down the per-flight cost by multiple orders of magnitude. “The thing that really matters is minimized cost per ton to orbit. And then for Mars or the moon, minimized cost per ton to the surface of the moon or to the surface of Mars,” said the SpaceX CEO.

SpaceX has its work cut out, given that Musk estimates it will have to make the cost per ton to orbit 10,000X better than what it is now. “Right now, the cost per useful landed ton to the surface of Mars is in excess of a billion dollars,” he said. “In order to make life multi-planetary and have a self-sustaining city on Mars, that number will have to improve to, I think, probably under a 100,000 dollars a ton.”

Musk is pretty confident in the company’s ability to do that, though. “That’s what Starship is intended to do,” he added. “Be 10,000 times better than the current state-of-the-art.”

The celebrity billionaire also reiterated that SpaceX still plans on catching Starship with its massive, chopstick-like ‘Mechazilla’ arms on re-entry.

Musk also said that SpaceX still has “a lot of improvements to make with the ship and booster design,” but right now, the company’s priority is to get Starship into orbit.

SpaceX has been waiting on approval from the U.S. Federal Aviation Administration (FAA) for the first orbital flight of Starship, but the government watchdog has repeatedly delayed its environmental review of the proposed launch. Last month, the FAA’s Final Programmatic Environmental Assessment (PEA) of SpaceX’s planned Starship launch was delayed to May 31.

Last week, SpaceX President and COO Gwynne Shotwell said the company should put people on the surface of Mars “within a decade.”

Tesla Exports Another Batch of 4,000 Cars from Giga Shanghai